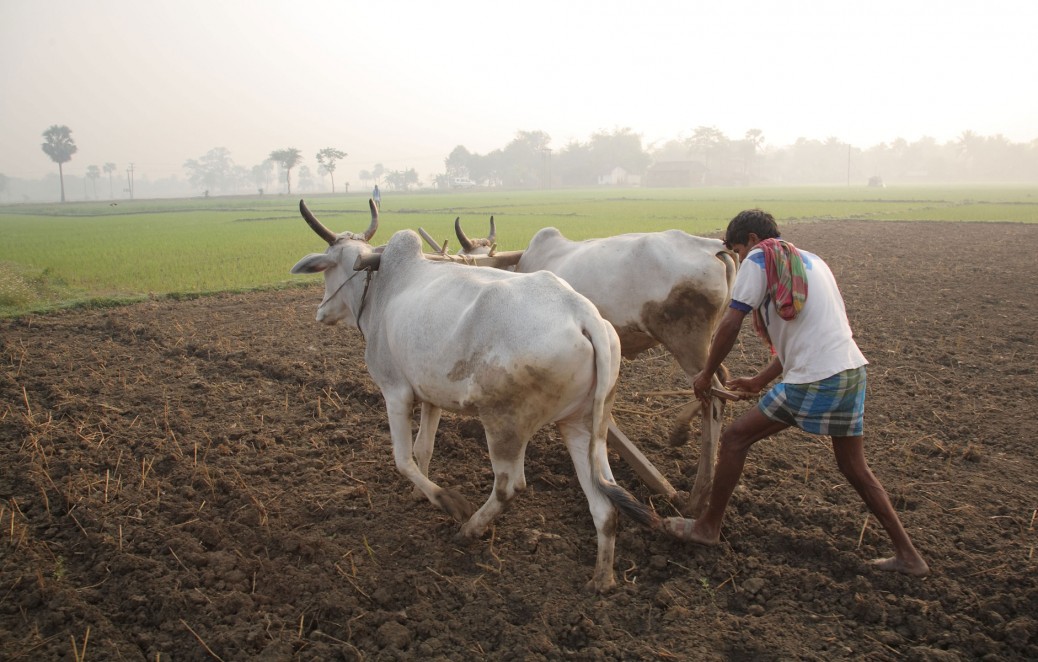 It may be noted that India has the highest number of bank branches in the world, followed by Columbia, China and USA, This huge expansion of bank branches in the country and rural penetration of this scale, helped farmers to get farm credit from the organised sector at a much lower rate of interest than they used to get from money lenders at usurious rates,

Then there was green revolution in the north and white revolution in the west which enhanced the grain and milk production in the country manifold. Expansion of poultry and fishery on a commercial basis has provided a food substitute rich in proteins and other ingredients. All these measures have enhanced our world rankings in producing various commodities as below.

Increase in net sown area and net irrigated area, use of chemical fertilisers, use of hybrid and high yielding varieties of seeds, farm mechanisation etc have increased the yield of crops manifold over the years and India has been able to meet its ever growing demand for food.

However still there are stiff challenges in the field of agriculture summarised as below.

Inspite of all the above mentioned points, share of agriculture sector is declining over the years, which may be attributed to the following main reasons.

Shortage of water and irrigated area

Net irrigated area has been increased by approx. 200% since independence, which is a very nominal increase and is just 40% of net sown area. It means 60% of net sown area is still dependant on rainfall which can yield only one crop during the whole year because 80% of the rainfall in India is during summer season through North East monsoons. 40% of net irrigated area produces 70% of agriculture produce in the country.

With the shifting of population from rural to urban areas for job requirement, there is a shortage of labour in rural India. Schemes like NREGA have further aggravated the problem.

With the decrease in land holdings due to divisions in the family, agriculture has become unviable for small and marginal farmers and there is little incentive to adopt capital intensive techniques.

Due to high bad debts and overdues, banks are reluctant to fund in the rural areas. Due to insufficiency of funds, farmers are not able to do farm mechanisation and use of high quality fertilisers and seeds. This further reduces their yields.

Marketing and then transportation of the produce remains the biggest challenge for the farmers. They have to be dependent on middle men for these important activities, who eat away most of their profits.

Land revenue system in India is very old and no proper records have been maintained especially in the eastern India. Banks are reluctant to fund against these lands where records are not updated.

Yields in India are lower as compared to world average both in cereals and vegetables and much lower if compared to USA and China. Inspite of being no-2 in world rankings in production of wheat and vegetables, we are net importers of both these commodities.

In spite of a lot of hue and cry over the farmer suicides and state of agriculture in the country by various political parties, it has been a neglected sector. Due to this reason, share of agri in GDP has come down from 55% at the time of independence to just 14% in 2016-17. It may be due to the reason that other sectors like industries and services have grown at a very fast pace, and agriculture growth could not match that kind of pace, but there is no denying the fact that rural economy and agriculture has not been paid the kind of attention which it deserves.

Per capita income in rural India is just Rs 31000 whereas it is 155000 in urban areas. This is the reason of shifting of population from rural areas.

What needs to be done

Instead of shedding crocodile tears on the farmer suicides or sitting on hunger strikes, politicians and governments need to take some concrete action for uplifting of rural economy where around 60% of the population of the country lives. A few are highlighted below.