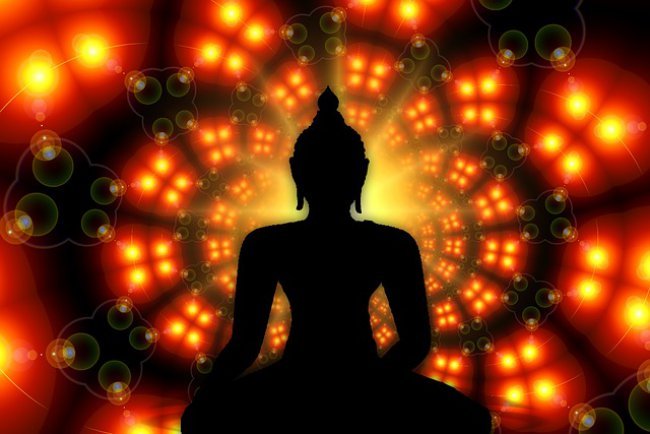 In Tibet, there is a beautiful story about Marpa. It may not be factual, but it is tremendously significant.

I don’t care much about facts. My emphasis is on the significance and the truth, which is a totally different thing.
Marpa heard about a master. He was searching and he went to the master, he surrendered to the master, he trusted totally. And he asked the master, “What am I supposed to do now?”

The master said, “Once you have surrendered to me, you are not supposed to do anything. Just believe in me. My name is the only secret mantra for you. Whenever you are in difficulty, just remember my name and everything will be all right.”

Marpa touched his feet. And he tried it immediately — he was such a simple man. He walked on the river. Other disciples who had been with the master for years could not believe it — he was walking on the water!

They reported to the master that, “That man, you have not understood him. He is no ordinary man, he is walking on water!”

The master said, “What?”

They all ran towards the river and Marpa was walking on the water, singing songs, dancing. When he came to the shore, the master asked, “What is the secret?”
He said, “What is the secret? It is the same secret that you have given to me — your name. I remembered you. I said, `Master, allow me to walk on water’ and it happened.”

The master could not believe that his name…. He himself could not walk on water. But perhaps… he had never tried.
But it would be better to check a few more things before he tries. So he said to Marpa, “Can you jump from that hill?”
Marpa said, “Whatever you say.” He went up on the hill and jumped, and they were all standing in the valley waiting — just pieces of Marpa will be there! Even if they can find pieces of him, that will be enough — the hill was very high.

But Marpa came down smiling, sitting in a lotus posture. He came just under a tree in the valley, and sat down. They all surrounded him. They looked at him — not even a scratch.

The master said, “This is something. You used my name?”

The master said, “This is enough, now I am going to try,” and the first step in the water, he sank.

Marpa could not believe it when he sank. His disciples jumped in and somehow pulled him out. He was half dead. The water was taken out of his lungs… somehow he survived.

And Marpa said, “What is the matter?”
The master said, “You just forgive me. I am no master, I am just a pretender.”
But Marpa said, “If you are a pretender, then how did your name work?”

The pretender said, “My name has not worked. It is your trust. It doesn’t matter who you trust — it is the trust, the love, the totality of it. I don’t trust myself. I don’t trust anybody. I cheat everybody — how can I trust? And I am always afraid to be cheated by others, because I am cheating others. Trust is impossible for me. You are an innocent man, you trusted me. It is because of your trust that the miracles have happened.”
Whether the story is true or not does not matter.

Read the story and remember when you have trusted someone and what was the outcome?

From the story one thing becomes very clear that we can trust someone totally only if we do not expect anything from him.

Don’t go ahead into the future. Drop expectations.
Once you drop expectations you have learned how to live. Then everything that happens fulfills you – whatsoever it is. For one thing, you never feel frustrated because in the first place you never expected, so frustration is impossible. Frustration is a shadow of expectation. With expectation dropped, frustration drops on its own accord.
Once expectations are not there you are free – to move into the unknown and accept the unknown, whatsoever it brings, and to accept it with deep gratitude. Complaints disappear, grumbling disappears. Whatsoever the situation, you always feel accepted, at home. Nobody is against you; existence is not a conspiracy against you. It is your home.