Just Out Of Habit 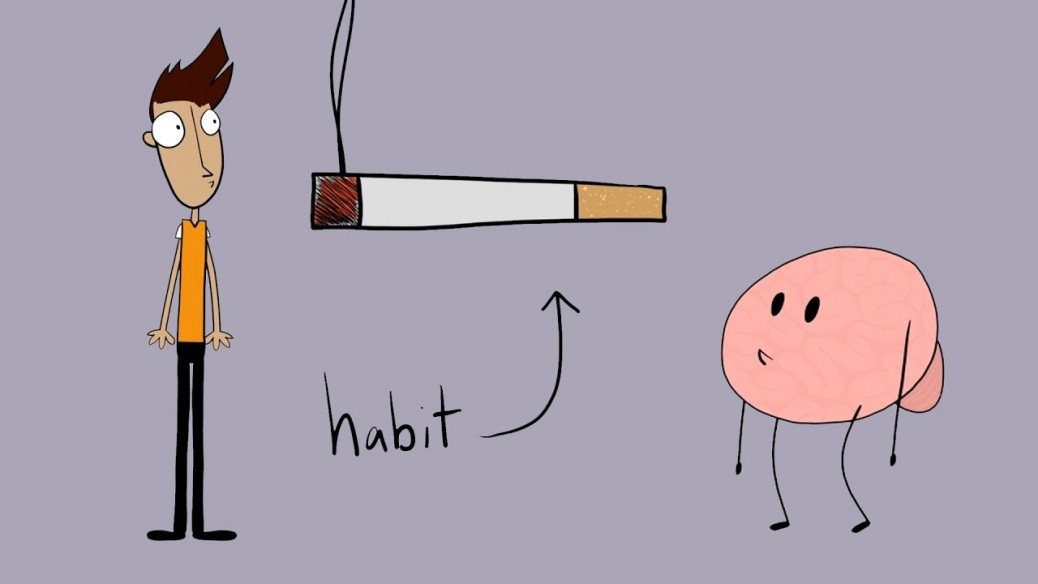 There is a story that when the great library of Alexandria was burned, one book was saved. But it was not a valuable book, and so a poor man, who could read a little, bought it for a few coppers. It was not very interesting, yet there was a most interesting thing in it. It was a thin strip of vellum on which was written the secret of the “touchstone”.

The touchstone was a small pebble that could turn any common metal into pure gold The writing explained that it was on the shores of the Black Sea lying among thousands and thousands of other pebbles which looked exactly like it. But the secret was this: the real stone would feel warm, while ordinary pebbles are cold. So the man sold his few belongings, bought some simple supplies, camped on the seashore, and began testing the pebbles.

This was his plan: he knew that if he picked up ordinary pebbles and threw them down again because they were cold, he might pick up the same pebbles hundreds of times. So when he felt one that was cold he threw it into the sea. He spent a whole day doing this, and they were none of them the touchstone. Then he spent a week, a month, a year, three years… but he did not find the touchstone. Yet he went on and on this way: pick up a pebble, it’s cold, throw it into the sea… and so on and so on. Just visualize the man doing it for years and years and years — pick up a pebble, it is cold, throw it into the sea… from morning to evening, for years and years.

But one morning he picked up a pebble and it was WARM — and he threw it into the sea. He had formed the habit of throwing them into the sea, you understand, and habit made him do it when at last he found the touchstone, poor fellow.

That’s how mind functions. Trust is a touchstone. Very rarely do you find a man in whom you can trust. Very rarely do you find a heart who is warm, loving, in whom you can trust. Ordinarily you find pebbles which look like the touchstone, almost alike, but all are cold. year in, year out, from the very childhood: you pick up a pebble, you feel it, it is cold, you throw it into the ocean.

We live our life which is only out of habit, in other words without any awareness. We wake up from our physical sleep but are we wake up in awareness? You read many things, which gives you insight. But when you act, you act like robot. That insight is no more in your act.

To bring the insight into your act, you need awareness. You need to be here and now.

The real key is to live in an environment where the mind feels free to choose the right thing instead of being compelled by habit and inertia to choose the wrong thing.

Self-awareness moves us beyond the old, well-worn pathways in the brain that support fixed, unconscious habits.

No act is virtuous, no act is a sin. What consciousness is behind the act – everything depends on that.

Life is continuously changing – it is a flux – and habits are stagnant. The more you are surrounded by habits, the more you are closed to life. You are not open, you don’t have windows. You don’t have any communication with life; you go on repeating your habits. They don’t fit; they are not the right response to the situation, to the moment. They are always lagging behind, they are always falling short. That’s the failure of your life.

So remember: be against all kinds of habits. Good or bad is not the point. There is no good habit as such, there is no bad habit as such. Habits are all bad because habit means something unconscious has become a dominating factor in your life, has become decisive. You are no longer the deciding factor. The response is not coming out of awareness but out of a pattern, structure, that you have learned in the past.

The real problem is the habit. For example if you are change smoker.

Learning from the story Out Of Habit: Become Conscious.

In awakened doing there is complete internal alignment with the present moment and whatever you are doing right now. The doing is then not primarily a means to an end, but an opening for consciousness to come into this world. Aligning yourself with the Now is aligning yourself with universal purpose, the purpose of the whole. What is the purpose of the whole? The birth and flowering of consciousness. The whole then guides you in whatever you think or do.

Awakened doing has three modalities, depending on circumstances and the nature of the activity. They are acceptance, enjoyment, and enthusiasm. If there is neither acceptance, enjoyment, or enthusiasm in what you do, you are out of alignment with universal purpose. You are creating unhappiness, that is to say suffering in one form or another. One way of defining the ego is simply this: a dysfunctional relationship with the present moment. The “new earth”—the outer forms created by awakened doing—arises as more people realize that their purpose is to allow consciousness to emerge through whatever they do.

Here is a practice that will bring consciousness and creative expansion into your life. Make a list of a number of everyday routine activities that you perform frequently. Include activities that you may consider uninteresting, boring, tedious, irritating, or stressful. But don’t include anything that you hate or detest doing. That’s a case either for acceptance or for stopping what you do. The list may include traveling to and from work, buying groceries, doing your laundry, or anything that you find tedious or stressful in your daily work. Then, whenever you are engaged in those activities, let them be a vehicle for alertness. Be absolutely present in what you do and sense the alert, alive stillness within you in the background of the activity. You will soon find that what you do in such a state of heightened awareness, instead of being stressful, tedious, or irritating, is actually becoming enjoyable. To be more precise, what you are enjoying is not really the outward action but the inner dimension of consciousness that flows into the action. This is finding the joy of Being in what you are doing. If you feel your life lacks significance or is too stressful or tedious, it is because you haven’t brought that dimension into your life yet. Being conscious in what you do has not yet become your main aim.