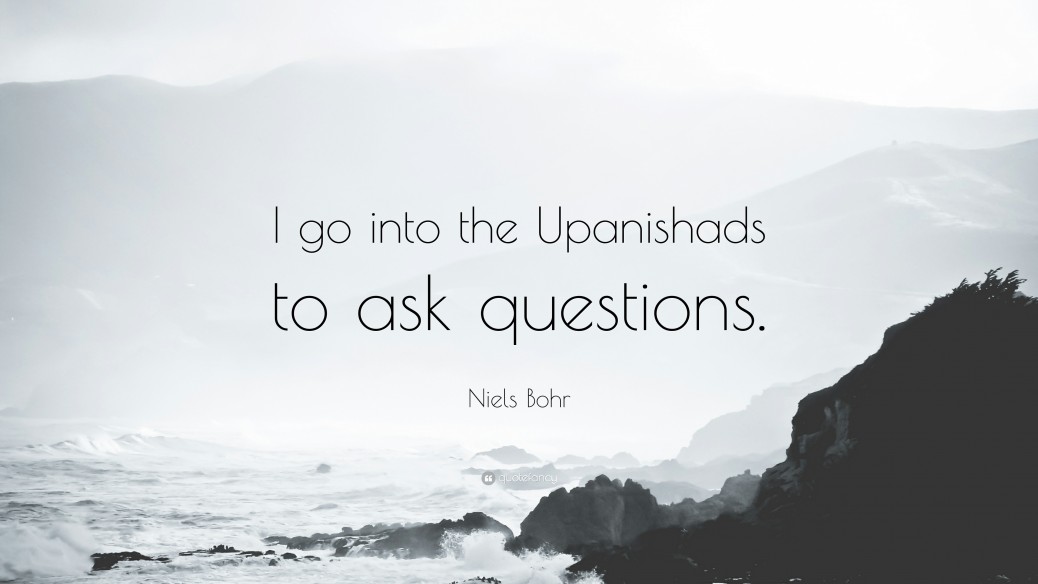 I live in that solitude which is painful in youth, but delicious in the years of maturity.

There is a story in the UPANISHADS, which contains a few very beautiful existential statements about life.

There was an old seeker of truth; his name was Uddalak. His son was Shvetketu. He sent his son to well-known masters in the country to learn everything that is possible to learn.

The son was learning with one master, then another master. And when he acquired all that was available, with great pride he came back home to say to his father, ”I have fulfilled the task.”

Uddalak looked from his window and saw that his son was coming with many scriptures. And he could also see the proud look, the proud walk.

Shvetketu came in and told his father, ”I have done it!”

Uddalak must have been a man like me (Osho). He asked him, ”Have you known yourself?”

Uddalak said, ”Burn those scriptures and go back. Find out who you are, because if you don’t know yourself, what is the value of all the knowledge that you are burdened with? You have missed the central point.”

Shvetketu was very much hurt and shocked, because he had come with so much pride, thinking that his father was going to reward him. Instead, he is condemned, utterly condemned: ”You wasted so many of your years. Go back!” Uddalak did not allow him even to rest.

Shvetketu went to the greatest master that he had come across in his search for learning, and told him, ”My father has demolished me completely! And he has sent me back for a single thing. He says unless you know yourself, all your knowledge is useless.”

When your own house is in darkness, what is the point of knowing that the whole world is full of stars and light? The light is needed first in your own house.

Shvetketu asked, ”Then what am I supposed to do?”

The master said, ”All that I knew, I have taught you. As far as knowing oneself, I am as ignorant as you are.

”But I can suggest one thing. I have got one hundred cows in the ashram. You take these cows into the hills, and when they have become one thousand, giving birth to calves…. You remain in the mountains, you forget all knowledge that you have learned. In fact you will not need it there; the cows are not interested in any kind of knowledge. You will not even encounter another human being. Language will not be needed. Grammar and all the subtleties of grammar will be useless.”

Shvetketu asked, ”But how is this going to help me to know myself?”

The master said, ”You simply go. Help the cows to grow. Take them to fresher fields deeper into the mountains, and wait till they are one thousand. Then you can come. And everything else we will discuss afterwards.”

Masters have their own devices. As far as I understand this story, I know the man knew – but it could not be told. He created a situation, a device.

Shvetketu went to the mountains. For a few days the mind went on with all the knowledge that it had gathered, but what use was it? The cows were just munching grass, and Shvetketu was sitting amongst those one hundred cows waiting for the time when they will become one thousand…. Days passed, months passed. And the story is really beautiful, because Shvetketu forgot everything: knowledge, language, arithmetic. There was no need… by and by everything became useless.

He almost became as innocent as a cow. What else to do? A man is known by his company. Now, if you live for years amongst cows, just listening to their munching the grass…. He was sitting under the tree taking care of them. They became one thousand.

And here is a beautiful point: one cow spoke to Shvetketu and said, ”We have become one thousand, now it is time to get back home. It seems you have forgotten counting too!” And really he had forgotten.

He brought those cows back to the master’s house. Other disciples were also amazed with this experiment. It looked so strange – that to know oneself one has to take one hundred cows into the mountains and wait and wait till they become one thousand!

The disciples looked: the cows were coming. They rushed to the master in the house, and they said, ”One thousand cows are coming.”

The master said, ”No, one thousand and one.”

The disciple said, ”But you had asked for one thousand.”

He said, ”Yes, I had, but what about Shvetketu?” He was coming just in the middle of the cows, so innocent, so utterly childlike.

The disciples of the master were very excited, because the master had promised, ”When Shvetketu comes, then everything will be discussed. For the time being you do this, and ask the question later.”

Shvetketu came, handed over the cows to the master, and said, ”Now can I go? My father must be getting very old, and I don’t want him to die disappointed in me.”

The master said, ”But what about those other things we were going to discuss afterwards?”

Shvetketu laughed. He said, ”Forget all about it! Living with cows, slowly slowly… there was no other excitement, entertainment. Waiting under trees, sitting under trees doing nothing, slowly slowly a silence started happening on its own accord. I was not meditating, but meditation was happening to me. And a moment came when all my thoughts disappeared, all my feelings disappeared –just a pure is-ness remained.

“I could not even say, ‘I am,’ because there was no I. Then I knew that the whole grammar was wrong. ‘I’ does not exist. All that I can express is that I felt and experienced a certain am-ness; not `I am,’ but am-ness, a deep existential experience. Now I know what my father wanted me to know, and there is nothing to discuss.”

The master said, “I knew it. If you had come and started asking the same question again, that would mean the device had failed. With my blessings you can go to your father.”

He came back home. The father was really very old; he was waiting for the son. He could see again from the window, and this is what he was expecting – Shvetketu, so humble, so simple; no scriptures, just coming like a cool breeze.

The father said, ”So, it has happened. Now I can die peacefully. I have fulfilled my duty; I am not leaving behind me an ignorant man full of rubbish knowledge. I am leaving behind me a pure space, a being, alert, aware, knowing himself –which is the greatest knowing in the world.”

Science should open the doors of devices which religions have been keeping closed.

A man can be both, and that will be the total man. I have defined the new man in many ways, from different angles.

To drop into being means to recognize your interconnectedness with all life, and with being itself. Your very nature is being part of larger and larger spheres of wholeness.