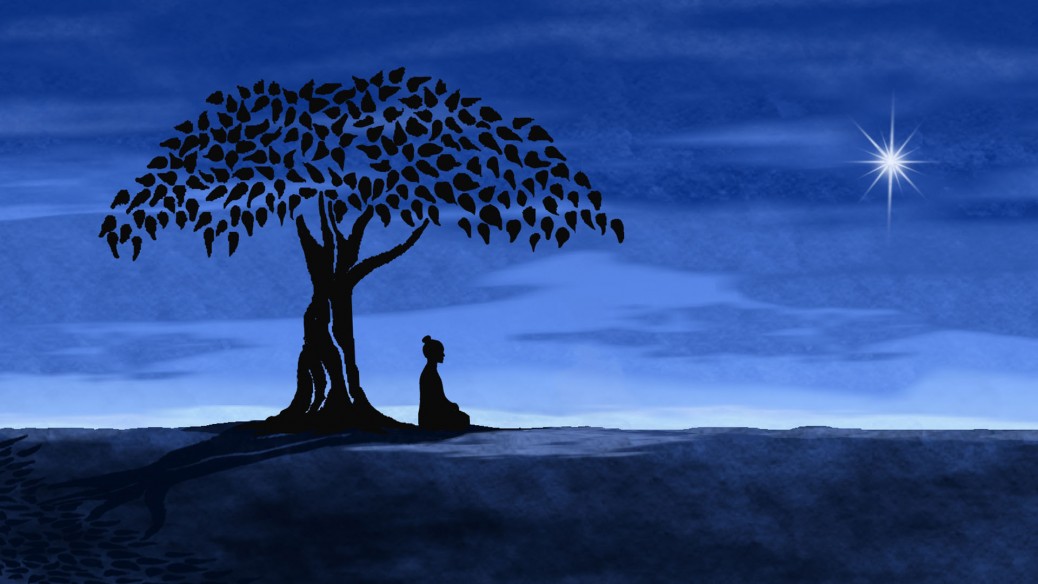 Rain is grace; rain is the sky descending to the earth; without rain, there would be no life.

There was one great master, a Buddhist master, Nagarjuna. A thief came to him. The thief had fallen in love with the master because he had never seen such a beautiful person, such infinite grace. The thief asked Nagarjuna, “Is there some possibility of my growth also? But one thing I must make clear to you: I am a thief. And another thing: I cannot leave it, so please don’t make it a condition. I will do whatsoever you say, but I cannot stop being a thief. That I have tried many times–it never works, so I have left the whole sport. I have accepted my destiny, that I am going to be a thief and remain a thief, so don’t talk about it. From the very beginning let it be clear.”

Nagarjuna said, “Why are you afraid? Who is going to talk about your being a thief?”

Nagarjuna laughed and said, “Then you must have gone to thieves; otherwise, why? Why should they be concerned? I am not concerned!”

The thief was very happy. He said, “Then it is okay. It seems that now I can become a disciple. You are the right master.”

The thief couldn’t understand that he was falling into the trap. He said, “Then everything is okay. I will try.” After three weeks he came back and said, “You are tricky–because if I become aware, I cannot steal. If I steal, awareness disappears. I am in a fix.”

Nagarjuna said, “No more talk about your being a thief and stealing. I am not concerned; I am not a thief. Now, you decide! If you want awareness, then you decide. If you don’t want it, then too you decide.”

The man said, “But now it is difficult. I have tasted it a little, and it is so beautiful–I will leave anything, whatsoever you say. Just the other night for the first time I was able to enter the palace of the king. I opened the treasure. I could have become the richest man in the world–but you were following me and I had to be aware. When I became aware, diamonds looked just like stones, ordinary stones. When I lost awareness, the treasure was there. And I waited and did this many times. I would become aware and I became like a buddha, and I could not even touch it because the whole thing looked foolish, stupid–just stones, what am I doing? Losing myself over stones? But then I would lose awareness; they would become again beautiful, the whole illusion. But finally I decided that they were not worth it.”

Happiness cannot be to, owned, earned, worn or consumed. Happiness is the spiritual experience of living every minute with love, grace, and gratitude.