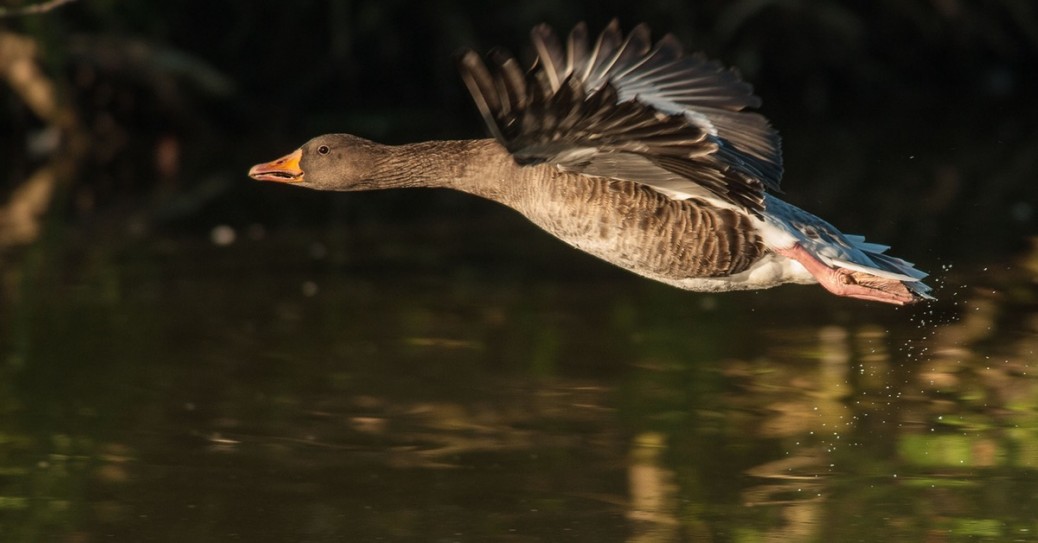 Nansen is a rare man.

THE OFFICIAL, RIKO, ONCE ASKED NANSEN TO EXPLAIN TO HIM THE OLD PROBLEM OF THE GOOSE IN THE BOTTLE.

The problem is very ancient. It is a koan; it is given to a disciple, that he has to meditate on it. It is absurd; you cannot “solve” it. A koan is something which cannot be solved. Remember, it is not a puzzle. A puzzle has a clue; a koan has no clue. A koan is a puzzle without any clue. Not that more intelligence will solve it. No, no intelligence will ever solve it. Even if it is given to God, it will not be solved. It is made in such a way that it cannot be solved. This is a koan.

“IF A MAN PUTS A GOSLING INTO A BOTTLE,” SAID RIKO, “AND FEEDS HIM UNTIL HE IS FULL GROWN, HOW CAN THE MAN GET THE GOOSE OUT WITHOUT KILLING IT OR BREAKING THE BOTTLE?”

NANSEN GAVE A GREAT CLAP WITH HIS HANDS AND SHOUTED,

“YES, MASTER, “SAID THE OFFICIAL WITH A START.

Now, it is tremendously beautiful. What he is saying is that the goose has never been in, the goose has always been out. What is he saying, the moment he said, “Riko!”? What happened? Those seven layers of ego disappeared and Riko became aware. The shout was so sudden, the sound was so unexpected. He was expecting a philosophical answer.

That’s why sometimes the Zen Master will hit you on your head or throw you out of the window or jump upon you or threaten you that he will kill you: he will do something so that those seven layers of ego are immediately transcended and your awareness, which is the center of all, is alert. You are made alert.

Those seven layers of the bottle are crossed.

Goose Is Out. Which says we have seven layers of ego.

These seven doors of the ego are not very clear cut and separate from each other; they overlap. And it is very to find a person who has attained to his ego from all the seven doors. If a person has attained the ego from all the seven doors he has become a perfect ego. And only a perfect has the capacity to disappear not an imperfect ego. When the fruit is ripe it falls; when the fruit is unripe it clings. If you are still clinging to the fruit is not ripe; hence the clinging. If falls to the ground and disappears. So is the case with the ego.

The first, is the bodily self:

The child starts learning slowly, slowly: it takes near about fifteen months for the child to learn that he is separate that there is something inside him and something He learns that he has a body separate from other bodies. But a few people remain clinging to that very, very fragmentary ego for their whole lives. These are the people who are known as materialist’s communists, Marxists. The people who believe that the body is all — that there is nothing more than the body inside you that the is your whole existence that there is no consciousness separate from the body above the body that consciousness is just a chemical phenomenon happening in the body dies you die and disappears… dust unto dust… there is no divinity in you — they reduce man to matter.

These are the people who remain clinging to the first door; their mental age seems to be only fifteen months. The very, very rudimentary and primitive ego remains materialist. These people remain hung up with two things: sex and food.

But remember when I say materialist, communist, Marxist I do not mean that this completes the list. Somebody may be a spiritualist and may still be clinging to the first…

Many people, millions of people only evolve this primitive ego very rudimentary. If you have this ego it very difficult; it is very unripe.

The second layer is self-identity:

Those people who become too involved with this door get hooked with this door are the so called spiritualists who think about you certainly you certainly think of yourself that as you are here you will be there too. Maybe the body will not be there but your inner continuity will remain. That liberation that ultimate happens only when the self is dissolved and all identity is dissolved. You become emptiness….

That idea that the child has of self-continuity is carried by the spiritualists. They go on searching: from where does the soul enter into body from where does the soil go out of the body what form does the soul have mediums, things like that — all rubbish and nonsense. The self has no form. It is pure nothingness it is vast sky without any clouds in it. It is a thoughtless silence unconfined uncontained by anything that idea of a permanent soul the idea of a self continues to play games in your minds. Even if the body dies, you want to be certain that, “I will live.”

Many people used to come to Buddha… because this country has been dominated by this second kind of ego: people believe in the permanent in soul eternal soul atman — they would come to Buddha again and again and say, “When I die will something remain or not?” And Buddha would laugh and he would say, “There is nothing right now so why bother about death? There has never been anything from the very beginning.” And this was inconceivable to the Indian mind. The Indian mind is predominantly hooked with the second type of ego That’s why Buddhism could not survive in India. Within five hundred years. Buddhism disappeared. It found better roots in china because of Lao Tzu had created really a beautiful field for Buddhism there. The climate was ready — as if somebody had prepared the ground; only the seed was needed. And when the seed reached China it grew into a great tree. But from India it disappeared. Lao Tzu had no idea of any permanent self and in China people have not bothered much.

There are these three cultures in the world: one culture called the materialist — very predominant in the West; another culture called the spiritualist — very predominant in India and China has a third kind of culture neither materialist nor spiritualist. It is Taoist: live the moment and don’t bother for the future because to bother about heaven and hell and paradise and moksha is basically to be continuously concerned about yourself. It is very selfish, it is very self-centered. According to Lao Tzu, according to Buddha too and according to me also a person who is trying to reach heaven is a very, very self-centered person very selfish. And he does not know a thing about his own inner being — there is no self.