Yayati And God Of Death 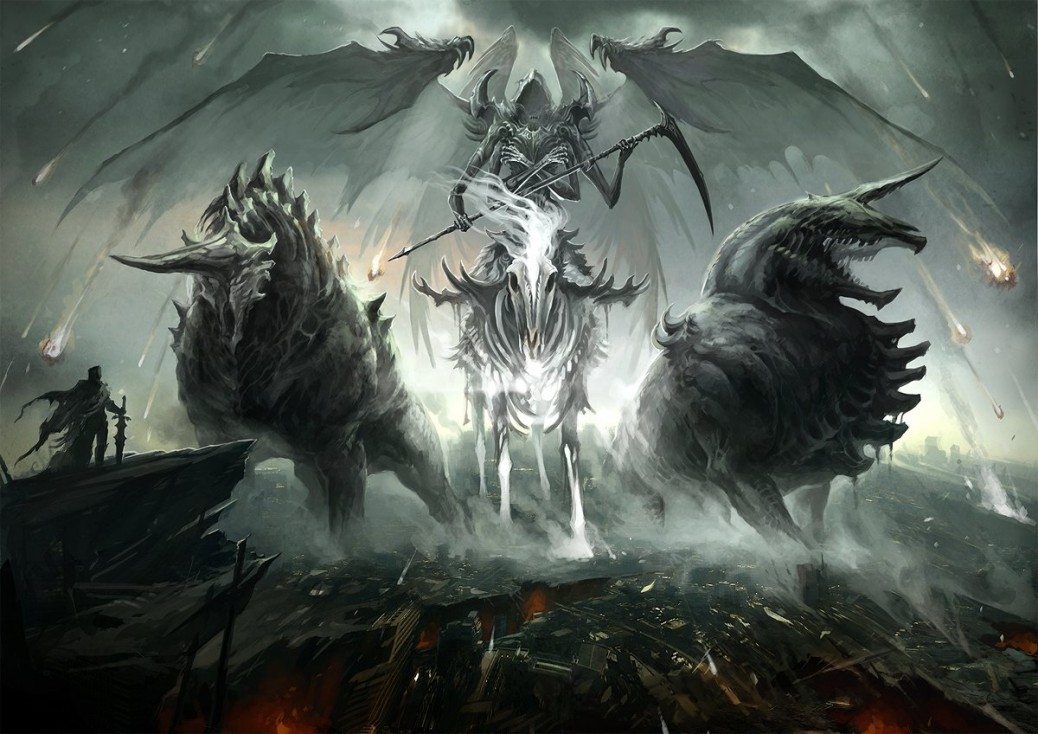 Most of us have considerable prosperity in our lives. Often, we are so busy pursuing our unmet desires that we are unable to enjoy all that we already have. Allowing ourselves to really appreciate the prosperity we have created is a big step toward opening to even greater fulfillment.

Yayati And God Of Death

There is a beautiful story, a great parable in the Upanishads:
One of the great kings, Yayati, was dying. He was a hundred years old, ripe enough to die — one should be ready by that time — but not grown-up enough; the seed of renewing life was not yet burnt. So when death came, Yayati fell at the feet of Death — a great king, a great conqueror! — and he said to Death, “Spare me only one hundred years more. I don’t ask for more, just one hundred years more. And it is nothing for you, you can do it. All my desires are still unfulfilled because I had never thought about you. I was simply preparing and preparing. I have not enjoyed my life. Now that everything is ready — I have conquered the whole world, I have all the riches, the most beautiful women, the most intelligent and courageous sons, the best army in the world, everything is settled, all enemies killed — I was just thinking to relax and enjoy. Is this the time to come? All these hundred years have been spent simply in preparing for these moments. Spare me just one hundred years more so that I can live to my heart’s content.”
Death laughed and said, “I am ready to spare one hundred years more to you, but I will have to take one of your sons because I have to go with somebody who resembles you; if not you, at least one of your sons. I can’t go empty-handed, I have to give the account to my boss himself. He will ask, ‘Where is Yayati?’ What am I going to say? Such a thing has never been done before, but I feel sorry for you. Just ask one of your sons.”

Yayati had a hundred sons; he must have had a hundred wives too. He asked his sons. The oldest was eighty, but he started looking downwards, was not ready to say yes. Why should he? He had lived only eighty years; if his father is not contented with a hundred years, how can he be contented with only eighty years? At least twenty years more he is entitled to live. In those days, the story says, people used to live a hundred years. Why should he die a premature death, an untimely death? And this old fellow has lived enough! He did not want to hurt the old man so he didn’t say anything, he kept quiet.

The father was very much shocked; he used to think that his sons were ready to sacrifice themselves. But in this world nobody is ready to sacrifice himself for anybody else. He looked around. His sons also started looking at each other, meaning “Why don’t YOU go?”
The youngest, who was only twenty years old, stood up and he said, “I am ready. Take me with you, I am coming with you.”

Even Death felt sorry for the boy. Death came close to the young man and said, “Are you a fool or something? Your other brothers — one is eighty, one is seventy-five, one is seventy, sixty, sixty-five, fifty — these people are not ready to go and you are the youngest, you have not lived at all. Why are you ready to go?”

The young man said, “If my father could not live in a hundred years, if my eldest brother could not live in eighty years, if my other brothers… nobody has been able to live, then the whole project is nonsense. I don’t want to waste time. If I have to die it is better to die now. Why wait for eighty years? If THESE people have not been able to manage, it is absolutely certain it is unmanageable. And let my father try a hundred years more.”

Death tried to convince him, but he wouldn’t listen. Death had to take him away.
After a hundred years, Death came back and the situation was the same. Again Yayati fell at his feet and started crying and weeping and he said, “I know that now I should be ready, but nothing is fulfilled yet; all the desires are the same. I have LIVED all the desires, I cannot say that I have not lived them, but nothing is fulfilled. I want more! Now that I have lived a hundred years a new desire has arisen — I want more! I want to live at least one time more, a hundred years more, just one time more.”

And this went on happening again and again. When Yayati became one thousand years old and Death came, he was just going to fall at his feet. Death said, “Wait — enough is enough! Can’t you see the point, Yayati? Are you so blind? You have lived one thousand years, and you have been doing the same things again and again. You have done nothing new in these one thousand years, and still you want more? Can’t you see the simple point that mind lives in the more, it goes on asking for more? There is no end to it. Now you come with me — I am not going to listen anymore. Now even my boss is feeling angry with me. He says, ‘This is too much! This man has been given too much time.’ But I also wanted to try — let us see what you can make out of one thousand years. You have not made any progress, you are exactly in the same place, going in circles.”

Seek freedom and become captive of your desires. Seek discipline and find your liberty.