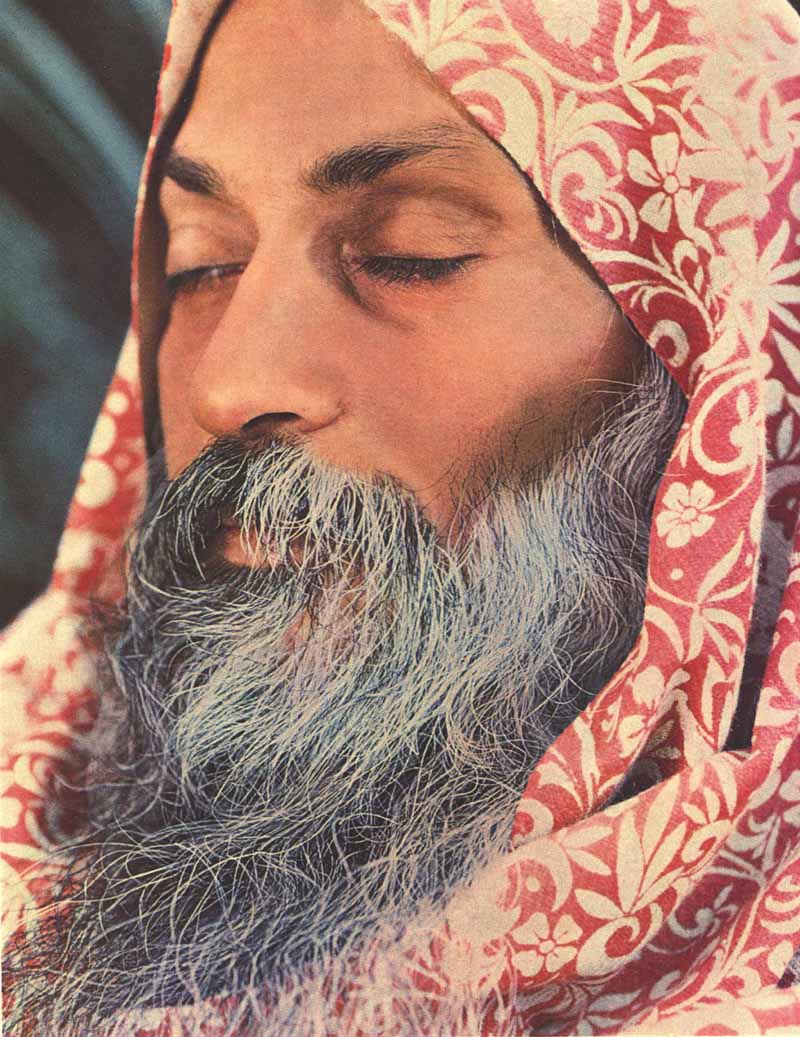 Osho,
You are a delicious bundle of mischief. When you told us we would get a taste of eternity, a glimpse, when we stop mid-flight, in mid-dance, at your signal, I thought a door would open, and a beam of light would enter my darkness. You ripped the whole door off! I thought I was safe inside, and suddenly everything around me was gone – even me. Since then there has been a giggling fellow walking around in his old clothes, looking for his house, using my name. Shall I let him share our secret?

It is time you realized that whenever I do something, I do it totally. I don’t hold anything back. And that’s my message to you too. Do things with your whole heart, with as much intensity as you are capable of.

Anything done half-heartedly never brings joy to life. It only brings misery, anxiety, torture, and tension, because whenever you do anything half-heartedly you are dividing yourself into two parts, and that is one of the greatest calamities that has happened to human beings – they are all split.

The whole past has given you only one heritage, and that is schizophrenia. The misery in the world is not surprising; it is a natural outcome of our living always half-heartedly, doing everything only with one part of our being, while the other part is resisting, opposing, fighting.

And whatever you do with half of your being is going to bring you repentance, misery, and a feeling that perhaps the other part that was not participating was right – because following this part, you have attained nothing but a miserable state. But I say unto you: If you had followed the other part, the result would have been the same.

It is not a question of what you follow, which part; it is a question of whether you go totally into it or not. To be total in your action brings joy. Even an ordinary, trivial action done with total intensity brings a glow to your being, a fulfillment, a fullness, a deep contentment. And anything done half-heartedly, howsoever good the thing may be, is going to bring misery.

People ask, is there a hell somewhere, or is there a heaven somewhere? – because all the religions have been talking about hell and heaven as if they are part of the geography of your universe. They are not geographical phenomena, they are in your psychology.

When your mind, when your heart, when your being, is pulled in two directions simultaneously, you are creating hell. And when you are total, one, an organic unity.in that very organic unity, the flowers of heaven start blossoming in you.

People have remained concerned about their acts: Which act is right and which act is wrong? What is good and what is evil? My own understanding is that it is not a question of any particular act. The question is about your psychology.

When you are total, it is good; and when you are divided, it is evil. Divided you suffer; united, you dance, you sing, you celebrate.

Excerpted From The Razor’s Edge CH: 5