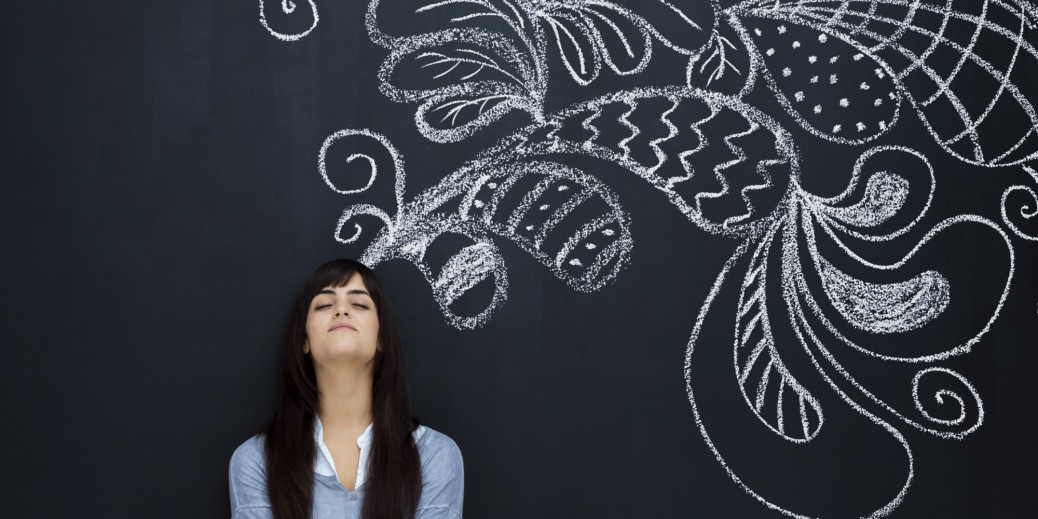 Coue, one of the great psychologists of the West, helped millions of people just through imagination to be cured of many, many diseases. His formula was very simple. He will say that, “Just you start feeling that you are okay. Just go on repeating inside the mind, I am getting better and better. Every day I am getting better.” In the night while you fall asleep, go on thinking you are healthy, and you are getting healthier every moment, and by the morning you will be the healthiest person in the world. Go on imagining.

And he helped millions of people. Even incurable diseases were cured. It looked like a miracle; it is nothing. It is just a basic law: your mind follows imagination.

Now psychologists say that if you say to children that “You are duffers, dull,” they become dull. You force them to be dull. You give their imagination the suggestion that they are dull.

Many experiments have been done. Say to a child, “You are dull.” You cannot do anything; you cannot solve this mathematical problem, and give him the problem and tell him, “Now try,” he will not be able to solve it. You have closed the door. Say to the child, “You are intelligent and I have not seen any intelligent boy like you are; for your age, your age you are over-intelligent. You show many potentialities; you can solve any problem. Now try this,” and he will be able to solve it. You have given imagination to him.

Patanjali says imagination is the third faculty. You go on imagining. If you wrongly imagine, you can create delusions around you, illusions, dreams – you can be lost in them. LSD and other drugs, they help and work on this center. So whatsoever inside potentiality you have, your LSD trip will help you to develop it. So nothing is certain. If you have happy imaginations, the drug trip will be a happy trip, a high. If you have miserable imaginations, nightmarish imaginations, the trip is going to be bad.

That’s why many people report contradictorily. Huxley says that it can become a key to the door of heaven and Rheiner says it is ultimate hell. It depends on you; LSD cannot do anything. It simply jumps on your center of imagination, starts functioning chemically there. If you have an imagination of the nightmarish type, then you will develop that and you will pass through hell. And if you are addicted to beautiful dreams, you may reach heaven.

This imagination can function either as a hell or as heaven. You can use it to go completely insane. What has happened to madmen in the madhouses? They have used their imagination, and they have used it in such a way that they are engulfed by it. A madman may be sitting alone and he is talking to someone loudly. Not only he talks, he answers also. He questions, he answers, he speaks for the other also who is absent. You may think that he is mad, but he is talking to a real person. In his imagination the person is real, and he cannot judge what is imaginary and what is real.

Children cannot judge. So many times children may lose their toy in the dream, and then they will weep in the morning, “Where is my toy?” They cannot judge that dream is a dream and reality is reality. And they have not lost anything, they were just dreaming. Boundaries are blurred. They don’t know where dreams end and where reality starts.

So when people meditate, many things happen through their imagination. They start seeing lights, colors, visions, talking to God himself, or moving with Jesus, or dancing with Krishna. These are imaginative things, and a meditator has to remember that these are functions of the imagination. You can enjoy it; nothing is wrong in them – they are fun. Don’t think that they are real.

Remember that only the witnessing consciousness is real; nothing else is real. Whatsoever happens may be beautiful, worth enjoying – enjoy it. It is beautiful to dance with Krishna; nothing is wrong in it. Dance! Enjoy it! But remember continuously that this is imagination, a beautiful dream. Don’t be lost in it. If you are lost, then imagination has become dangerous. Many religious people are just in imagination. And they move in imagination and waste their lives.