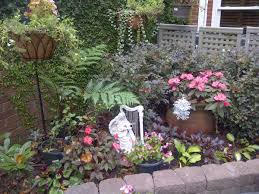 Life is bringing about new situations, and the mind always tries to react with the old conditioning. That gap goes on growing. The more the gap will be there, the more will be the anxiety. Mind is orthodox and life is not orthodox.

There was a very famous Zen master who was an expert in gardening. The emperor appointed the master to teach his son gardening. Every day the son would go to the master to earn from him. The emperor had hundreds of gardeners, and whatever the prince learned from his master he would pass on to these gardeners, and they would make the garden accordingly. The master had said to the prince that after three years he would come to see his garden, and this would be the examination; there would be no other examination.

For three years the prince went on creating a beautiful garden, so beautiful that it had no parallel in the whole of Japan. Thousands of gardeners were engaged, and by the time three years had passed the garden was so exquisite that even the emperor was amazed. He said to his son, “Such a garden has never been seen. There is no way you can fail in the examination!”

But the prince himself was less sure. “My master is a totally different kind of man,” he said, “He is so unpredictable!”

Finally the master came. The emperor was present, all the court attended, and of course the prince was there. The garden glowed like a garden in paradise. But the master’s face remained serious, without the trace of a smile. The emperor felt uneasy, and the prince was trembling in fear. The master visited every corner of the garden, but so far there was not a flicker of admiration visible on his face. Suddenly he asked for a basket.

The basket was brought, and the master ran out with it. He came back with the basket full of dry leaves and threw them on the garden pathway where they were further scattered all over by the wind.

The master said, “Your garden speaks so much of human interference that it cannot be called a true garden. There was not even a single dead leaf to be found anywhere. This is false and unnatural. You will have to work for three more years. Wherever there are green leaves there must be some dead leaves too. Wherever there is birth there is death. Wherever there is light there is darkness. No, I do not accept this garden. For three years now you must work to turn it into a jungle. No human touch should be visible, because the human touch means logic, mathematics, calculation. The garden must bear the impression of the divine, where there is no logic, no mathematics, no calculation – where all is beyond understanding.”

Life isn’t a business to be managed, it’s a mystery to be lived.