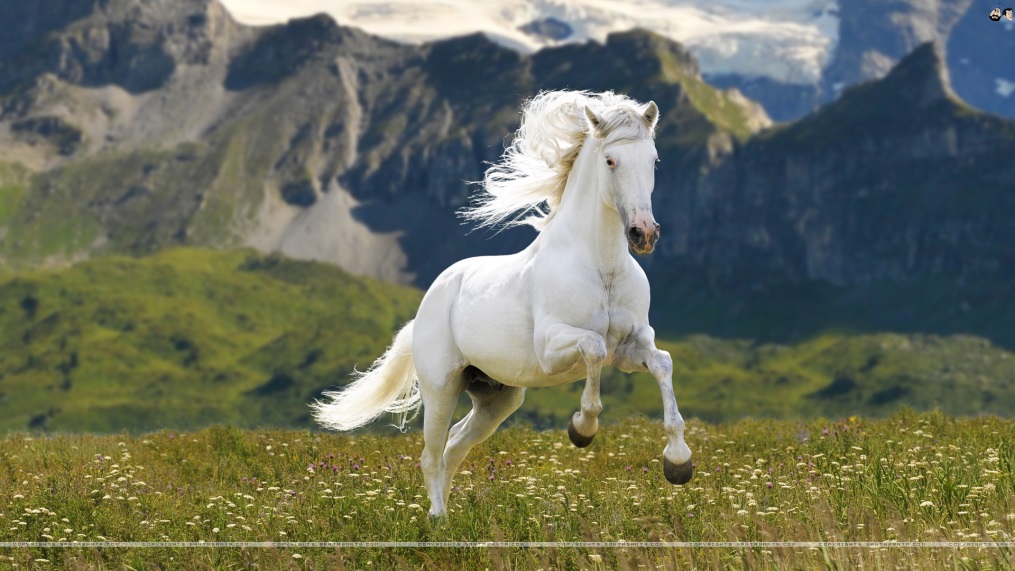 It happened in the days of Lao Tzu in China, and Lao Tzu loved it very much. For generations the followers of Lao Tzu have been repeating the story and always finding more and more meaning in it. The story has grown; it has become a live factor.

The story is simple: There was an old man in a village, very poor, but even kings were jealous of him because he had a beautiful white horse. Such a horse had never been seen before — the beauty, the very grandeur, the strength. Kings asked for the horse and they offered fabulous prices, but the old man would say, “This horse is not a horse to me, he is a person, and how can you sell a person? He is a friend, he is not a possession. How can you sell a friend? No, it is not possible.” The man was poor, there was every temptation, but he never sold the horse.

One morning, he suddenly found that the horse was not in the stable. The whole village gathered and they said, “You foolish old man. We knew it beforehand, that some day the horse would be stolen. And you are so poor — how can you protect such a precious thing? It would have been better to sell it. You could have fetched any price you asked, any fancy price was possible. Now the horse is gone. It is a curse, a misfortune.”

The old man said, “Don’t go too far — simply say that the horse is not in the stable. This is the fact; everything else is a judgment. Whether it is a misfortune or not, how do you know? How do you judge?”

The people said, “Don’t try to befool us. We may not be great philosophers, but no philosophy is needed. It is a simple fact that a treasure has been lost, and it is a misfortune.”

The old man said, “I will stick to the fact that the stable is empty and the horse is gone. Anything else I don’t know — whether it is a misfortune or a blessing — because this is just a fragment. Who knows what is going to follow it?”

People laughed. They thought the old man had gone mad. They always knew it, that he was a little crazy; otherwise he would have sold this horse and lived in riches. But he was living like a woodcutter, and he was very old and still cutting wood and bringing the wood from the forest and selling it. He was living hand to mouth, in misery and poverty. Now it was completely certain that this man was crazy.

After fifteen days, suddenly one night, the horse returned. He had not been stolen: he had escaped to the wilderness. And not only did he come back, he brought a dozen wild horses with him. Again the people gathered and they said, “Old man, you were right and we were wrong. It was not a misfortune, it proved to be a blessing. We are sorry that we insisted.”

This time the people could not say much; maybe the old man was again right. So they kept silent, but inside they knew well that he was wrong. Twelve beautiful horses had come with the horse. A little training and they could all be sold and they would fetch much money.

The old man had a young son, only one son. The young son started to train the wild horses; just a week later he fell from a wild horse and his legs were broken. The people gathered again — and people are people everywhere, like you everywhere — again they judged. Judgment comes so soon! They said, “You were right, again you proved right. It was not a blessing, it was again a misfortune. Your only son has lost his legs, and in your old age he was your only support. Now you are poorer than ever.”

The old man said, “You are obsessed with judgment. Don’t go that far. Say only that my son has broken his legs. Who knows whether this is a misfortune or a blessing? — nobody knows. Again a fragment, and more is never given to you. Life comes in fragments, and judgment is about the total.”

It happened that after a few weeks the country went to war with a neighbouring country, and all the young men of the town were forcibly taken for the military. Only the old man’s son was left because he was crippled. The people gathered, crying and weeping, because from every house young people were forcibly taken away. And there was no possibility of their coming back, because the country that had attacked was a big country and the fight was a losing fight. They were not going to come back.

The whole town was crying and weeping, and they came to the old man and they said, “You were right, old man! God knows, you were right — this proved a blessing. Maybe your son is crippled, but still he is with you. Our sons are gone forever. At least he is alive and with you, and, by and by, he will start walking. Maybe a little limp will be left, but he will be okay.”

The old man again said, “It is impossible to talk to you people, you go on and on and on — you go on judging. Nobody knows! Only say this: that your sons have been forced to enter into the military, into the army, and my son has not been forced. But nobody knows whether it is a blessing or a misfortune. Nobody will ever be able to know it. Only God knows.”

And when we say only God knows, it means only the Total knows. Judge ye not, otherwise you will never be able to become one with the Total. With fragments you will be obsessed, with small things you will jump to conclusions. And Sufis are very insistent on this: that you never bother that there are things which are completely beyond you, but even about them you make judgments. Your consciousness is on a very low rung of the ladder. You live in the dark valley of misery, anguish, and from your darkest valleys of miseries you judge even a Buddha. Even a Buddha is not left without your judgment. Even a Jesus is judged by you — not only judged but crucified; judged and found guilty; judged and punished.

What answer you would give when you were asked the question which was asked to the old man.

When the horse was missing, the whole villagers came to the old man and told ‘You foolish old man. We knew it beforehand, that some day the horse would be stolen. And you are so poor — how can you protect such a precious thing? It would have been better to sell it. You could have fetched any price you asked, any fancy price was possible. Now the horse is gone. It is a curse, a misfortune.

To that old man replied: – ‘Don’t go too far — simply say that the horse is not in the stable. This is the fact; everything else is a judgment. Whether it is a misfortune or not, how do you know? How do you judge?’

Why villagers were felt that old man was foolish? Because they knew only one thing that is to possess everything. While the old man had transcended his possessiveness. He was not looking everything as means of achievement or his requirements or profit/loss. He loved the horse because he wanted to love.

So learning from the story – When you love someone, don’t possess them.

Be a loving person rather than in a love relationship – because relationships happen one day and disappear another day. They are flowers; in the morning they bloom, by the evening they are gone.

You be a loving person, Mantra.

Worth trying this mantra – be a loving person.