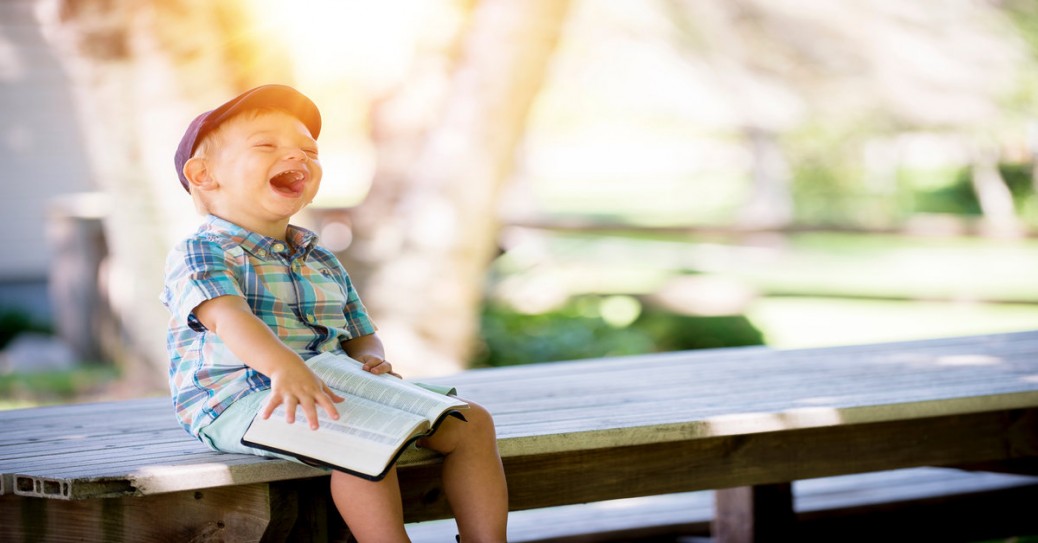 Once there was a great king who asked his magician to find him a courageous man for a dangerous mission. After a long search, the magician brought four men before his master. The king, wishing to choose the most courageous of the four, asked the magician to arrange a test.

The king, the magician and the four men went to the edge of a large field, on the other side of which stood a barn. The magician gave instructions: “Each man shall have his turn. He is to walk to the barn and bring forth what is there inside.”

The first man walked across the field. Suddenly a storm came up: lightning flashed and thunder rolled, the ground shook. The man hesitated. He was frightened. As the storm increased, he fell down in fear.

The second man walked across the field. The storm grew worse, until it was a tempest. The second man passed the first man, but finally he also fell down.

The third man started with a rush, and passed the other two. But the heavens opened, the ground split, and the barn itself waved and cracked. The third man fell down.

The fourth started slowly. He felt his footing. His face was white with fear. But he was more afraid of being thought afraid than of anything else. Slowly he passed the first man, and he said, to himself, “I’m alright — so far.” Foot by foot he went on until he had passed the second man, and again he said to himself, “So far I’m alright.” Little by little he closed the gap between him and the third man, while the storm got worse. When he passed the third frightened man he said to himself, “So far I’m alright. Nothing has happened to me. I can go a little farther.” So little by little, an inch at a time now, he went towards the barn. He got there at last, and just before he touched the latch he said, “So far I’m alright. I can go a little farther.” Then he put his hand on the latch.

Instantly the storm ceased, the ground was steady, and the sun shone. The man was astonished. From inside the barn came a munching sound. For a moment he thought it might be a trick. Then he thought, “I’m still alright,” and opened the door. Inside he found a white horse eating oats. Nearby was a suit of white armour. The man put it on, saddled the horse, rode out to the king and the magician, and said, “I am ready, Sire.”

“How do you feel?” asked the king.

Not To Be In Hurry

All the four person got same opportunity with same circumstances, but the forth one was observing the first three. He was not in rush or in hurry to achieve anything. After watching the first three he was so causciuos that he was moving very slowly, no hurry each step was taken with care, so he could reach. After reaching also he said I’m Alright So Far. He didn’t say I reached or arrived.

So learning is Not To Be In Hurry.

You have decided goal, now sit and watch what happens. Doesn’t everything need time? Work you must, but leave the results to God. Nothing in life is ever wasted, especially steps taken towards goal.

Do not confuse impatience with thirst.
With thirst there is yearning but no struggle. With impatience there is struggle but no yearning.

With longing there is waiting but no demanding. With impatience there is demanding but no waiting.

With thirst there are silent tears. With impatience there is restless struggle.
Goal cannot be attacked; it is attained through surrender not through struggle. It is conquered through total surrender.