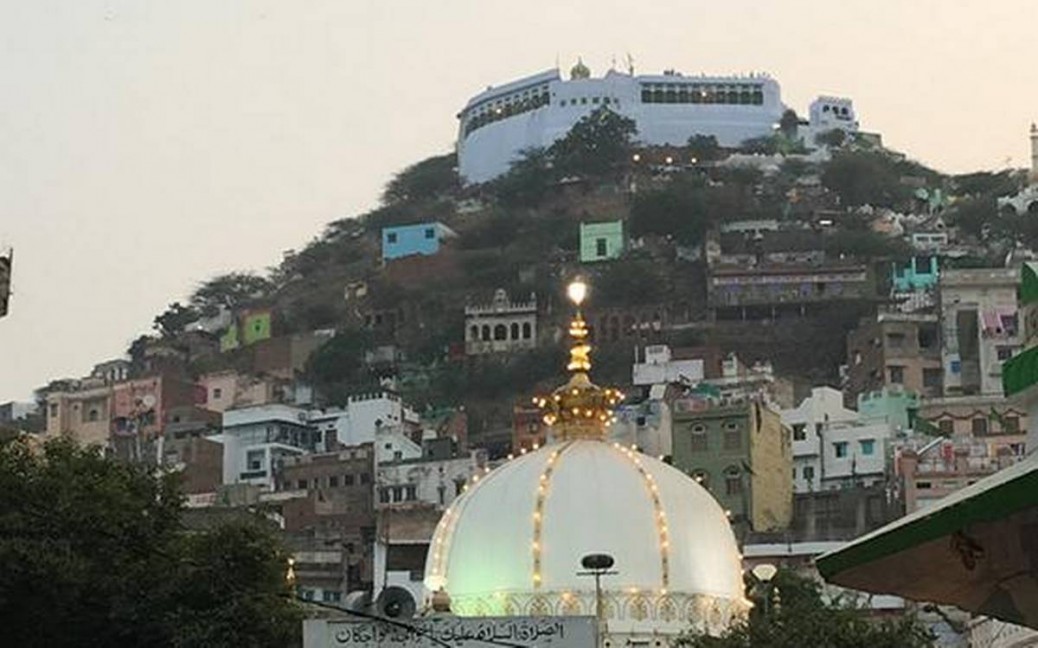 It happened in Ajmer… You must have heard about one Sufi mystic, Moinuddin Chishti, whose dargah, whose tomb, is in Ajmer. Chishti was a great mystic, one of the greatest ever born, and he was a musician. To be a musician is to be against Islam because music is prohibited. He played on the sitar and on other instruments. He was a great musician and he enjoyed it. Five times every day, when a Mohammedan is required to pray the five ritual prayers, he wouldn’t pray, he would simply play on his instrument. That was his prayer.

This was absolutely anti-religious but nobody could say anything to Chishti. Many times people would come to tell him so and he would start singing, and the song would be so beautiful they would forget completely why they had come. He would start playing on his instrument and it would be so prayerful that even scholars and pundits and maulvis who had come to object, wouldn’t object. They would remember at home; when they were back at home they would remember why they had come.

Chisthi’s fame spread over the world. From every part of the world, people started coming. One man, Jilani, himself a great mystic, came from Baghdad just to see Chishti. When Chishti heard that Jilani was coming he felt, “To pay respect to Jilani it will not be good to play my instrument now. Because he is such an orthodox Mohammedan, it will not be a good welcome. He may feel hurt.” So only for that day, in his whole life, he decided he would not play, he would not sing. He waited from morning and in the afternoon Jilani came. Chishti had hidden his instruments.

When Jilani came and they both sat in silence, the instruments started to make music — the whole room was filled. Chishti became very puzzled over what to do. He had hidden them, and such music he had never known before. Jilani laughed and said, “Rules are not for you, you need not hide them. Rules are for ordinary people, rules are not for you — you should not hide them. How can you hide your soul? Your hands may not play, you may not sing from your throat, but your whole being is musical. And this whole room is filled with so much music, with so many vibrations that now the whole room is playing by itself.”

Don’t Confuse “Creating Your Own Reality” With The Law of Attraction:

We create our own realities, whether we are conscious of it or not. Most of us are unaware of the power of our thoughts and so react to life on “autopilot”, and therefore create “unconsciously”. When we become aware that it is our thoughts that create our reality, we start looking for alternative thoughts, this is called law of attraction.

But when we create our reality through our being that is call Creating Your Own Reality.

How we can Create our own Reality is by Self Discipline.

As you are looking at your mind you will be surprised: gaps come by, intervals when there is nothing to be seen. The observer remains alone and because it is alone it is no longer as observer either. You can’t call it an observer because there is nothing to observe. The mirror is there, but it is not reflecting anything. There is no duality of the seen and the seer. In these intervals discipline arises.

The word “discipline” is also beautiful. It is sometimes very significant to go to the roots of words. “Discipline” comes from a root which means learning. When you are looking at a gap, learning happens. Learning about what? Learning about yourself, because there is nothing else. You are full of awareness. You are just full of your own being, overflowing. And this experience of just being yourself, overflowing, undistracted by anything, undisturbed by anything, is the greatest learning, the greatest possibility of knowing the truth. This is discipline.

Learning from the story Chishti And Music: Self Discipline

What is difference between Discipline and Repression.

What we live is force discipline or repression and what Chishti lived was discipline. When Jilani said Rules are for ordinary people, rules are not for you – he means the people who live repressed life rules are for them.

The difference is so great that it is impossible to miss it. Repression happens through fighting with your mind. Discipline happens through being watchful, aware, alert. In discipline, there is no fight implied. In discipline, there is no condemnation, no evaluation. One simply looks at the mind silently, seeing the whole traffic, without saying what is right and what is wrong, what should be and what should not be, just as, standing by the side of the road, you watch the people walking by – saints and sinners, beautiful people, ugly people, good people, bad people – but you are unconcerned. It has nothing to do with you; you are out of it.

That’s exactly the meaning of the English word “ecstasy”. Ecstasy means to be out of the mind. You are just looking, as one looks at the clouds moving in the sky or at the river flowing by – cool, detached. Neither are you trying to cling to something nor are you trying to push something away from you.