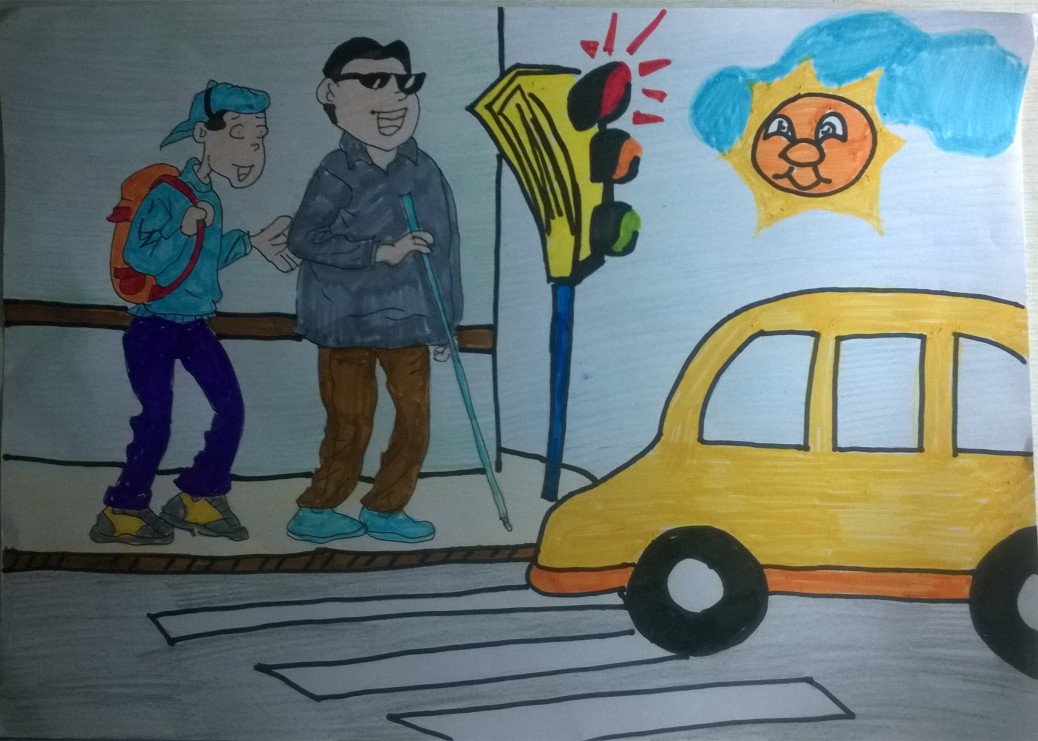 This proverb means that our actions convey more than the words they speak. Here the word speak does not mean literally to speak. It is used to mean convey or show or demonstrate. For example if you are teaching someone how to dance… it is better to show them the movements physically instead of just describing it in words. Actions give a clear picture about what we are trying to say in a short period of time.

Here is a small story to illustrate the proverb.

Sita was a ten year old girl who went to school by bicycle everyday. She was a kindhearted young girl always willing to help people. She was very good at studies and always followed her teacher’s advice that one must always lend a helping hand to those in trouble.

One morning, as she was on her way to school, she saw a blind man trying to cross the road in the midst of busy traffic. There was no one to help him and he was in danger of getting hurt by the speeding vehicles. Sita, who saw this, parked her bicycle in front of a shop and requested the shop owner to look after her cycle, telling him that she was going to help the blind man. Sita ran across to the blind man, took hold of his white cane and told him to walk with her. She waved her hand at all the vehicles, signaling them to stop.

All the vehicles stopped and gave way for them to get across. The drivers were touched by the helping move of a small girl who did this small help. The blind man thanked Sita profusely and wished her good luck. Sita’s class teacher who was passing by saw this and felt very proud of her student. Sita’s gesture towards the blind man clearly showed her good intention to help others who were in need.

That day the teacher told the whole class of Sita’s helping tendency and asked them to applaud her. She also told the other students that they should follow Sita in converting what they learn into action. Sita was very pleased that she could at least do this small help for a handicapped person. After that Sita became famous among the school-students and she was awarded in the school function for her humanitarian gesture.

Awareness has nothing to do with words. It is an existential act, not a mental act.