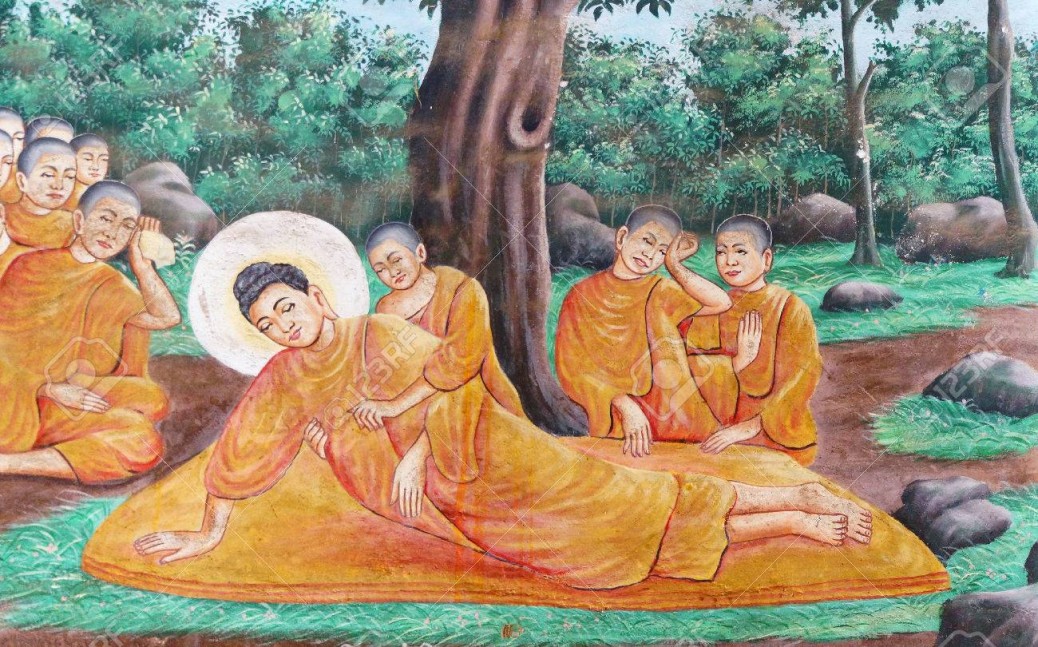 For life and death are one, even as the river and the sea are one.

A conscious man also commits mistakes, but one mistake one time. A conscious man learns even from mistakes. He has learned something of tremendous value –that this is a mistake, and now it is not going to be repeated again. Slowly slowly, all mistakes are dropped; his life becomes a silent, joyous dance.

The day Gautam Buddha died, in the morning he gathered his people, the way you are here; perhaps it was just the same kind of morning. Buddha every day talked to his disciples, but that was a special day because he said, ”Today I am going to die. I have been hearing the steps of death for a few days; now they have reached very close and it is only a question of a few hours. So if you have any question to ask, ask, because I am not going to come again – this is my last death. The wheel of life and death is going to stop for me.

”So don’t feel embarrassed even if your question is stupid; otherwise later on you will always feel sad that Buddha was available, a man of total awareness, and still you could not gather courage to ask the question.”

His closest companion and caretaker, Ananda, said, ”Bante” –bante is Pali for Bhagwan –”we don’t have any questions. You have answered all our questions thousands of times, and we go on asking the same questions, phrasing them differently…. At this moment we would like to just sit silently with you.”

Buddha said, ”That’s good, because death has reached very close. So you allow me to die.”

There were tears, people were sobbing…They have loved this man their whole life, and it is very rare –once in thousands of years such a man comes into the world and rises to such heights of consciousness, love, blissfulness. And they were also crying and weeping that tomorrow morning all that they had – a master – would not be there. And they have been stupid, they have not learned anything.

A man of awareness does not die in a coma. He can even give you a description of how the death is going to happen.

Buddha closed his eyes. At that very moment a man came running from the town nearby, and he said, ”I have just heard that Buddha is dying – and I have a question. I know I am an idiot. For fortytwo years he has been passing through my village, but there was always something holding me back. A customer would come to the shop and I would say, `Buddha is always available –tomorrow I can go to see him. But this customer may not come tomorrow. He needs things now. He will go to another shop –and nobody wants to lose customers.’

”Sometimes there were friends and we had met after years, and I would say, `I can go to Buddha anytime, but these friends have come to see me after many years; it does not look right to leave them and go to Buddha.’ And so on and so forth. Sometimes it was a marriage, sometimes it was a party…. But this morning I heard that Buddha is going to die – I had to close the shop.

”My wife was shouting, my children were asking, What is the point? – you had just opened, and you are closing! I did not hear anybody, there was no time left, there was no time to answer all their questions. I said, When I come back I will explain. Just right now get out of the way and let me go!’ So I have come with the question.”

Ananda said, ”But you are a little late. We have given our permission that the master can disappear into the whole, and he has already entered the first stage. So please forgive us, it is not our fault. Forty-two years you have postponed; now wait a few thousand years more. When another Buddha appears, another enlightened man, then don’t be so foolish.”

But Buddha opened his eyes. He said, ”Ananda, this will be a condemnation for me – that a man had come thirsty, and I was still alive and I could not quench his thirst. I can delay death a little bit, but his question has to be answered; otherwise the poor fellow will feel guilty his whole life.”

A conscious man dies in a totally conscious way, step by step. And if he wants to return before he has taken the fourth step, he can come back. His death is simply dropping the body, the mind, the heart, and finally, the individual center, into the universal whole. Each thing is perfectly done in alertness.

A man of awareness is conscious in his life; that’s why at the moment of death he becomes fully conscious.

Your death says everything about your life.

Growing up you transcend death, because a man who has been alert, aware, in each moment, he will be capable of being aware even while he is leaving the body. He has lived life, he is not going to miss death either; he will live death too. And death for the man of awareness is the ultimate peak of life. It is not the end but the very climax.