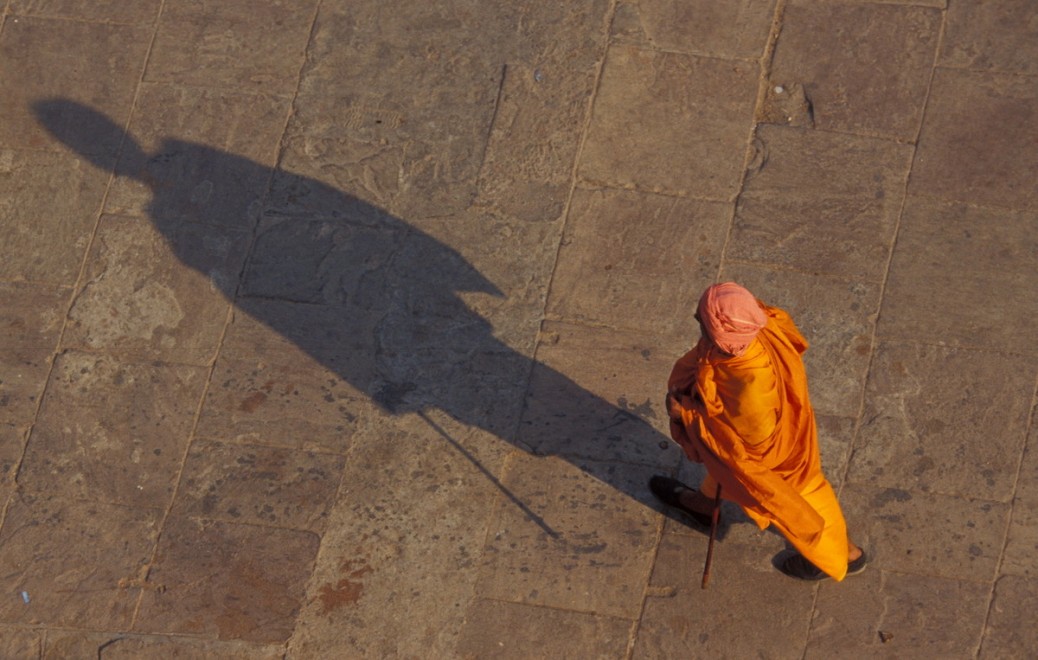 The ego is only an illusion, but a very influential one. Letting the ego-illusion become your identity can prevent you from knowing your true self. Ego, the false idea of believing that you are what you have or what you do, is a backwards way of assessing and living life. – Wayne Dyer

Let me tell you one very famous Sufi story, “The Holy Shadow.”

There once lived a saint so good that the angels came from heaven to see how a man could be so godly. This saint went about his daily life diffusing virtue as the stars diffuse light and the flowers scent, without being aware of it. His day could be summed up by two words — he gave, he forgave — yet these words never passed his lips. They were expressed in his ready smile, his kindness, forbearance, and charity.

The angels said to God, “Lord, grant him the gift of miracles.”

God replied, “Ask what it is that he wishes.”

They said to the saint, “Would you like the touch of your hands to heal the sick?”

“No,” answered the saint. “I would rather God do that.”

“Would you like to convert guilty souls and bring back wandering hearts to the right path?”

“No, that is the angels’ mission. It is not for me to convert.”

“Would you like to become a model of patience, attracting men by the luster of your virtues, and thus glorifying God?”

“No,” replied the saint. “If men should be attracted to me, they would become estranged from God.” “What is it that you desire, then?” asked the angels.

“What can I wish for?” asked the saint smiling. “That God gives me his grace; with that would I not have everything?”

The angels said, “You must ask for a miracle, or one will be forced upon you.”

“Very well,” said the saint. “That I may do a great deal of good without ever knowing it.”

The angels were perplexed. They took counsel and resolved upon the following plan: every time the saint’s shadow fell behind him or to either side, so that he could not see it, it would have the power to cure disease, soothe pain, and comfort sorrow.

When the saint walked along, his shadow, thrown on the ground on either side or behind him, made arid paths green, caused withered plants to bloom, gave clear water to dried-up brooks, fresh color to pale children, and joy to unhappy men and women.

The saint simply went about his daily life diffusing virtue as the stars diffuse light and the flowers scent, without being aware of it. The people, respecting his humility, followed him silently, never speaking to him about his miracles. Soon they even forgot his name, and called him “The Holy Shadow.”

This is the meaning of this sutra: that finally you have to sacrifice your center so you cannot think in terms of the ego again, you cannot utter “I,” to annihilate yourself utterly, to erase yourself utterly. Nothing belongs to you; on the contrary, you belong to God. You become a holy shadow.

Many people feel so pressured by the expectations of others that it causes them to be frustrated, miserable and confused about what they should do. But there is a way to live a simple, joy-filled, peaceful life, and the key is learning how to be led by the Holy Spirit, not the traditions or expectations of man. – Joyce Meyer