A Master For Sale 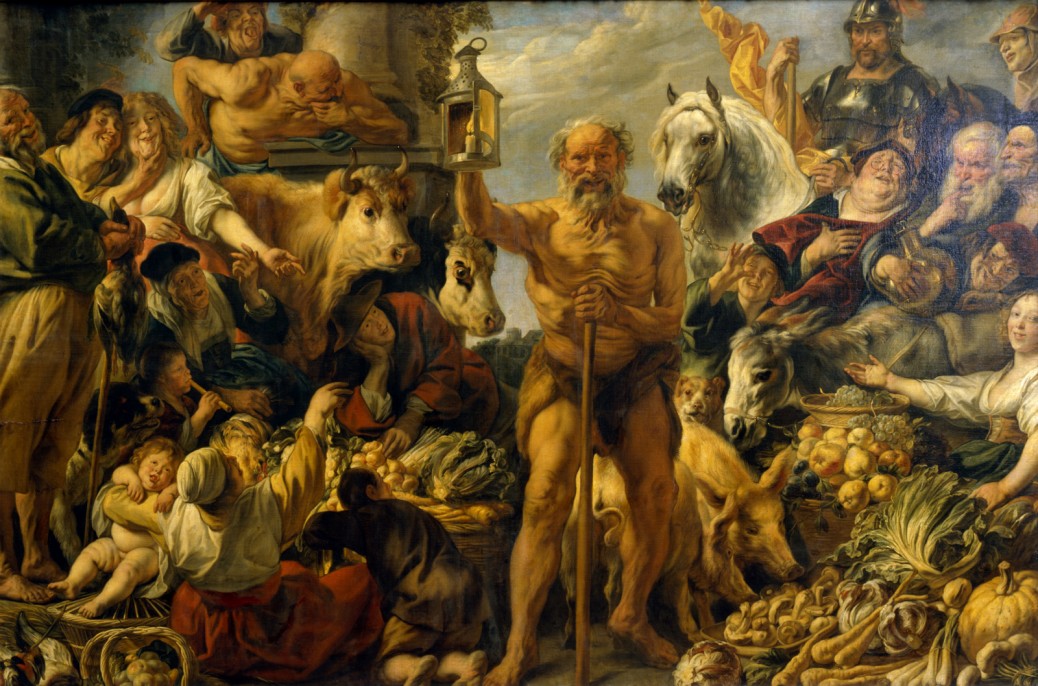 Life is like a game of chess. To win you have to make a move. Knowing which move to make comes with INSIGHT and knowledge, and by learning the lessons that are accumulated along the way. We become each and every piece within the game called life!

A Master For Sale

A  story from the life of the Greek sage, Diogenes.

Diogenes is passing through a forest. He is naked, walking fearlessly like a lion walks. Some people who are engaged in slave-trade happen to see Diogenes. They are tempted by his powerful physique. It is really splendid, as splendid as that of Mahavira. It is no wonder that both Mahavira and Diogenes discard clothes and live naked; they have such beautiful bodies that they alone can afford to go naked. Although the slave-traders are eight in number, they are very afraid of Diogenes who looks so powerful. It would be difficult for them to overpower and capture him.

In fact, one who wants to overpower another person is essentially a weak and fear-stricken person.

Only a fearful person wants to frighten and dominate others just to assuage his own fear. A really fearless person never tries to dominate others. He loves everybody’s freedom as much as he loves his own. A fearful man is always afraid that if he does not dominate others, others will dominate him.

This is the psychology of all wars. That’s why Machiavelli says in his book THE PRINCE, that to be on the offensive is the best defense.

So the traders are afraid of Diogenes, but their greed is equally strong. A slave like Diogenes would fetch a fabulous price in the slaves’ market. After much discussion among themselves, they decide to make an attempt. Prepared for a good fight, they surround him from all sides, but Diogenes confounds them in a strange way. They would not have been surprised if he had resisted them.

They were well-prepared for it. But instead they find Diogenes standing quietly and serenely in his place with not a trace of fear or agitation on his face. He folds hands and giggles, saying, “What do you want? What is your intention?”

With great hesitation and fear they take out a pair of handcuffs and put them on Diogenes’ hands, saying, “It is something incredible. The way you have put yourself in our hands is unbelievable. You baffle us.

What Diogenes says to them is significant. He says, “I have learned the secret of freedom, which is to become a slave on my own. Now no one can rob me of my freedom. You have no way to enslave me.”

Then they chain him and with one end of the chain in their hands, they march him to the slave market. Diogenes then says, “Why carry a heavy chain in your hands unnecessarily? Don’t you see I am going with you on my own accord? Take off the chains so we walk with ease, and take care that you don’t run away before we reach the marketplace. And rest assured, I am not going to escape.”

The merchants soon remove the chains, because they know in their heart of hearts what kind of man he is. He has voluntarily surrendered himself to them. There is no use putting fetters on one who has given his hands for handcuffing without their asking.

Diogenes walks at their head as if a king is marching with his retinue.There is not a trace of fear on his face, while his captors look like his captives. He looks so charismatic that wherever he goes all eyes are turned on him. Pointing to his captors, Diogenes tells the spectators, “What are you looking for? They are all my slaves. And although they are not in chains yet, they cannot nm away from me.

They are so found to me.” The merchants are really crestfallen.

At long last they arrive at the marketplace where slaves are bought and sold. The leader of the gang approaches the market manager saying, “We have a strange man to sell, and sell as soon as possible. Otherwise all of us will be in trouble. He tells everyone that he is the master and we are all his slaves, because we are so bound to him that we cannot run away from him. And it is true, we cannot leave him, because he is going to fetch a fabulous price for us.”

Diogenes immediately mounts the dock meant for slaves to be auctioned and stands there with the dignity of a king. Then the manager shouts, “Here is a great slave for sale; whosoever has enough money should bid for him.”

Diogenes first shouts at the manager, “Shut up, if you don’t know how to sell a master.” Then he says to the bidders, “Here is a master for sale; whosoever can afford a master should bid for him.”

If you are forced against your will to be an instrument. if it is not your own choice, then you are certainly a slave and your individuality is killed.

It matters not how strait the gate, How charged with punishments the scroll, I am the master of my fate: I am the captain of my soul.