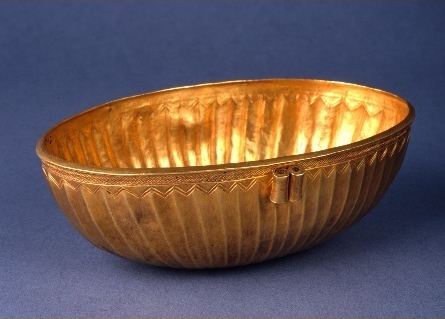 As soon as you honor the present moment, all unhappiness and struggle dissolve, and life begins to flow with joy and ease. When you act out the present-moment awareness, whatever you do becomes imbued with a sense of quality, care, and love – even the most simple action.

Nagarjuna was one of the great masters India has produced – of the caliber of Buddha and Mahavira and Krishna. And Nagarjuna was a rare genius. Really, on the intellectual level there was no comparison in the whole world; such a keen and penetrating intellect rarely happens. He was passing through a city, a capital city, and he always remained naked. The queen of that kingdom was a believer, a follower and a lover of Nagarjuna, a devotee. So Nagarjuna came to the palace to ask for food. He had one wooden begging bowl. The queen said, “Give this begging bowl to me. I will cherish it as a gift, and I have another made for you. You can take that.”

Nagarjuna said, “Okay!” The other one was golden, and many precious stones were set in it; it was very valuable. Nagarjuna didn’t say anything. Ordinarily no sannyasin would take it, he would say, “I cannot touch gold.” But Nagarjuna took it. If really gold is just mud, then why make any distinction? He took it. Even the queen didn’t feel it to be good. She felt, “Why? He should have said no. Such a great saint! Why has he taken such a valuable thing while he lives naked, without any clothes, without any possession? Why should he not reject it?”

If Nagarjuna had rejected it, the queen would have insisted, requested, but then she would have felt better. Nagarjuna took it and went went away. One thief saw him passing through the city, and the thief thought, “This man cannot keep this begging bowl, someone is bound to steal it or someone is bound to take it away from him. With the nakedness – how can he protect it?” So he followed…the thief followed Nagarjuna.

Nagarjuna was staying outside the town in an old monastery, alone; the monastery was just in ruin. He went in, he heard the footsteps of the man, but he didn’t look behind because he thought, “He must be coming for the begging bowl, not for me, because who would come? No one ever comes following me to these ruins.”

He went in. The thief stood behind a wall and waited. Nagarjuna, seeing that he was waiting outside, threw the begging bowl out of the door. The thief couldn’t understand: “What type of man is this? Naked, with such a precious thing, and he has thrown it out.” So he asked Nagarjuna, “Can I come in, sir? I have to ask a question.”

Nagarjuna said, “I have thrown the bowl out just so that you can come in – to help you to come in, because I am just going to take afternoon nap. You would have come for the begging bowl, but then there would have been no meeting with me. So come in.”

The thief came in. He said, “Such a precious thing and you have thrown it? And you are such a sage that I cannot lie before you – I am a thief.” Nagarjuna said,”Do not be worried, everyone is a thief. You proceed on, do not waste time about such unnecessary things.”

The thief said, “Sometimes, looking at persons like you, my mind also longs to know how this state can be attained. I am a thief; it seems impossible for me. But I hope and I pray that someday I will also be capable of throwing away such a precious thing. Teach me something. I go to many sages, and I am well-known thief, so everyone knows me. They say, ‘First leave your business, your profession, only then can you proceed in meditation.’ That is impossible, I cannot leave it, so I cannot proceed in meditation.”

Nagarjuna said,”If someone says first leave thieving and then proceed in meditation, then he doesn’t know meditation at all – because how is meditation is related with theft? There is no relationship. So you go on doing whatsoever you are doing. I will give you a technique; you practice this.”

The thief said, “Now it seems we can go on together. So I can go on doing my profession? What is the technique? Tell me immediately!”

The third day the thief came back and he said, “Fifteen days are too long, and you are very tricky fellow. You have given me such a technique that if I am fully conscious I cannot steal. The last three nights continuously I have been to the palace. I reached the treasury, I opened it, precious things were before me, but then I became fully conscious. And the moment I become fully conscious, I became like a Buddha statue. I could not proceed further; my hand would not move, and the whole treasury seemed useless. So I have been going back there again and again. What am I to do? And you said that leaving my profession was not a condition, but your method seems to have a built-in process.”

Nagarjuna said, “Do not come to me again. Now you can choose. If you want to go on stealing, forget meditation. If you want meditation, then forget stealing. You can choose.” The thief said,”You have put me in a dilemma. For these three days I have known that I am alive. And when I came back without taking anything from the palace, for the first time I felt that I was a sovereign, not a thief. These three days have been so blissful that now I cannot leave meditation. You have tricked me; now initiate me and make me your disciple. There is no need to go on trying, three days are enough.”