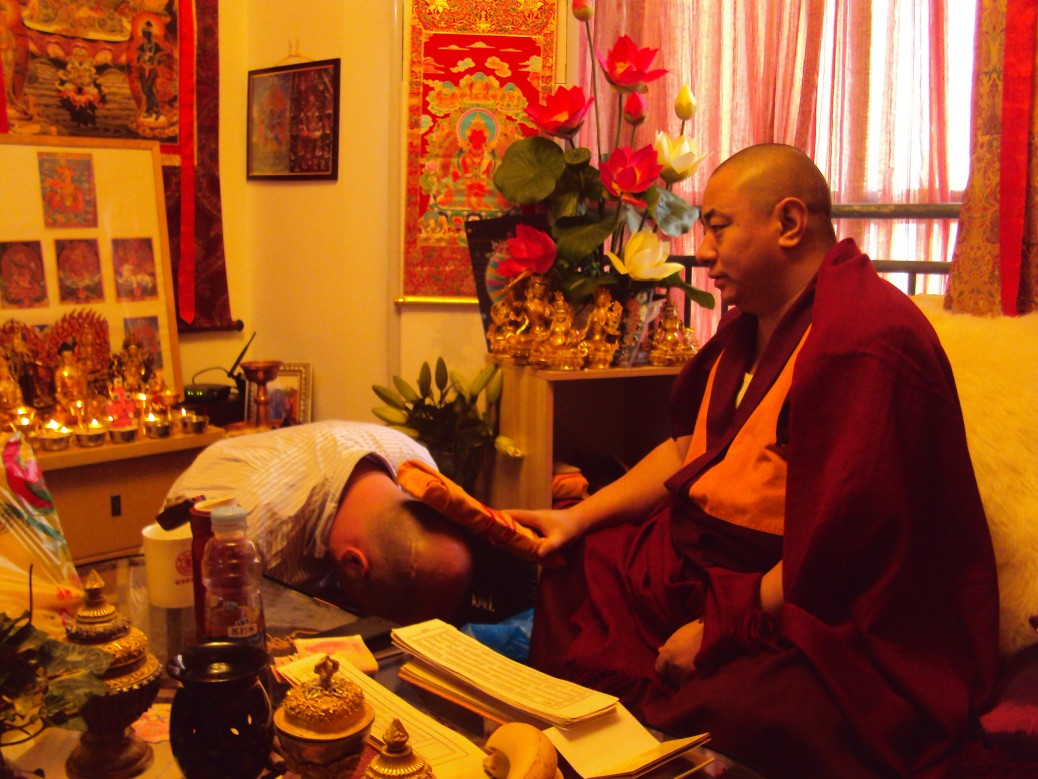 The greatest experiences of life come only to those who are ready to wait for infinity, for eternity.

A very famous lama has written in his autobiography, “When I was five years old, I was sent to a university to study. At that time I was just five years old. My father had told me in the evening that I would be sent to the university the next morning. And he said, “Neither I nor your mother will be there to say goodbye to you. Your mother will not be there because there would be tears in her eyes, and if you saw her crying, you would go on looking back at her – and there has never been a man in our family who has looked back. I also will not be there because if you look back even once after getting on the horse, then you will no longer be my son and the doors of this house will be closed to you forever. The servants will say farewell to you tomorrow morning.

Remember, do not look back after getting on the horse. There has never been a person in our family who has looked back.”

Such an expectation of a five-year-old child! The five-year-old was woken up at four o’clock in the morning and put on a horse. The servants bade him farewell. As he left a servant said, “My child; be careful. You can be seen until the crossroad, your father is watching from upstairs. Do not look back before the crossroad. All the children in this house have departed in this way, but no one has looked back.” And the servant also told him, “The place where you are being sent is not an ordinary university – the greatest men in the country have studied at that university. There will be a very difficult entrance examination. So whatever happens, try in every way to pass the entrance examination because if you fail, there will be no place for you in this house.”

Such harshness with a five-year-old child! He sat on the horse, and in his autobiography he wrote that as he sat on the horse, ‘Tears started flowing from my eyes, but how could I look back to the house, to my father? I was leaving for the unknown. I was so small, but I could not look back because nobody in my house had ever looked back. If my father were to see it, I would be banned from my house forever. So I controlled myself and looked forward, I never looked back.”

The child reached the school. He was a five-year-old child – there was no way to know what his capacities were going to be. The principal of the school said, “The entrance test here is difficult. Sit near the door with your eyes closed and do not open them until I come back – whatever happens. This is your entrance test. If you open your eyes then we will send you back, because someone who does not have even this much strength in himself to sit with his eyes closed for a while, cannot learn anything. Then the door to learning will be closed because you will not be worthy. Then go and do something else.” All this to a small child of five years…

He sat near the entrance with his eyes closed. Flies started disturbing him, but he knew that he must not open his eyes because once he opened his eyes the test would be over. The other children were coming in and out of the school; somebody started pushing him, somebody started disturbing him, but he was determine not to open his eyes; otherwise the whole thing would be spoiled. And he remembered his servants telling him that if he failed the entrance test then his father’s house would be closed to him forever.

One hour passed, two hours passed – he sat with closed eyes afraid that even by mistake he might open them. There were many temptations to open his eyes: the road was busy; children were running around, flies were harassing him; some children were pushing him and throwing pebbles at him. He wanted to open his eyes to see if his master had come. One hour passed, two hours passed, three hours, four hours – he sat there for six hours!

After six hours the master came and said, “My child, your entrance test is over. Come in, you will become a youth of strong will. You have the determination within you to do whatsoever you want. To sit with closed eyes for some five or six hours at this age is a great thing.” The master hugged him and said, “Don’t be worried, those children were told to harass you. They were told to disturb you a little so that you would be tempted to open your eyes.”

The lama wrote, “At the time, I thought I was being treated very harshly, but now at the end of my life I am full of gratefulness towards those people who were hard on me. They awakened something in me, some dormant strength became active.”

In the midst of movement and chaos, keep stillness inside of you.