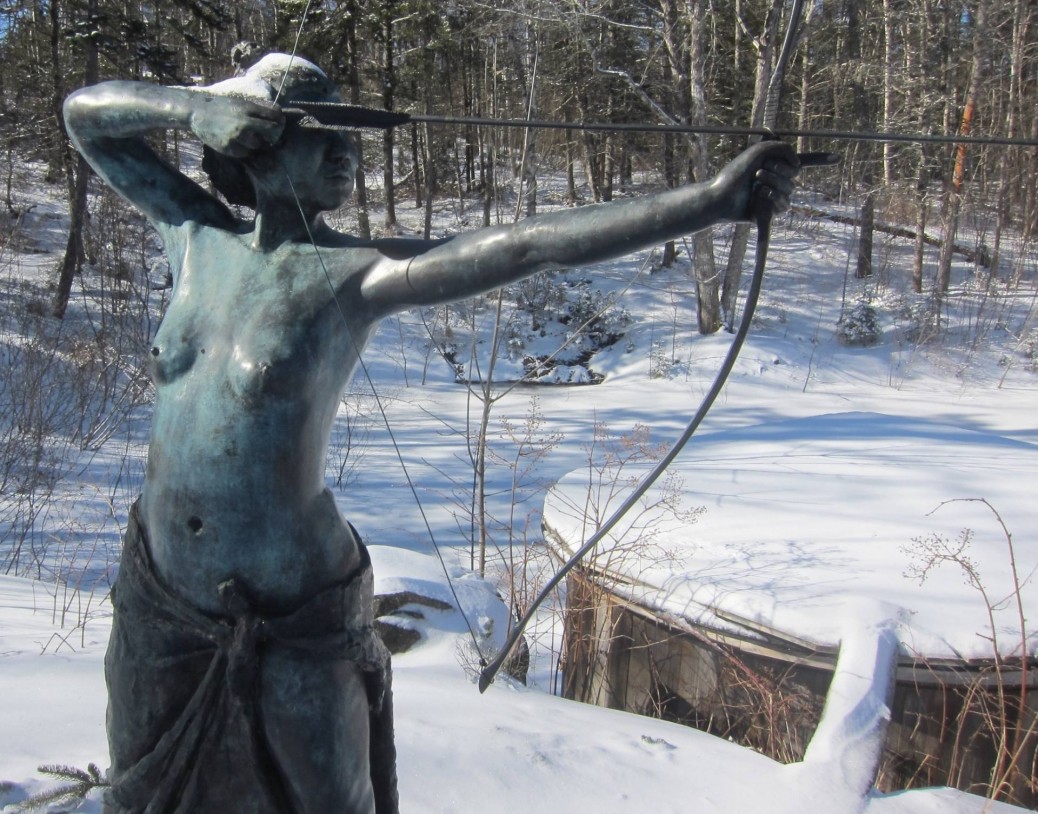 Saraha’s original name was ‘Rahul’, the name given to him by his father. We will come to know how he became Saraha – that is a beautiful story. When he went to Sri Kirti, the first thing Sri Kirti told him was: “Forget all your Vedas and all your learning and all that nonsense.” It was difficult for Saraha, but he was ready to stake anything.

Something in the presence of Sri Kirti had attracted him. Sri Kirti was a great magnet. He dropped all his learning, he became unlearned again…

Years passed and, by and by, he erased all that he had known. He became a great meditator. Just the same as he had started to become very famous as a great scholar, now his fame started spreading as a great meditator. People started coming from far and away just to have a glimpse of this young man who had become so innocent, like fresh leaf, or like dewdrops on the grass in the morning.

One day while Saraha was meditating, suddenly he saw a vision – a vision that there was a woman in the marketplace who was going to be his real teacher. Sri Kirti has just put him on the way, but the real teaching is to come from a woman. Now, this too has to be understood. It is only Tantra that has never been male chauvinistic. In fact, to go into Tantra you will need the cooperation of a wise woman; without a wise woman you will not be able to enter into the complex world of Tantra.

He saw a vision: a woman there in the marketplace. So, first a woman. Second – in the marketplace. Tantra thrives in the marketplace, in the thick of life. It is not an attitude of negation; it is utter positivity. He stood up. Sri Kirti asked him, “Where are you going?” And he said, “You have shown me the path. You took my learning away. You have done half the work – you have cleaned my slate. Now I am ready to do the other half.” With the blessing of Sri Kirti who was laughing, he went away.

He went to the marketplace. He was surprised: he really found the woman that he had seen in the vision. The woman was making an arrow; she was an arrowsmith woman.

Tantra says: To find the real person you will have to go to the roots…

He saw this woman, young woman, very alive, radiant with life, cutting an arrow-shaft, looking neither to the right nor to the left, but wholly absorbed in making the arrow. He immediately felt something extraordinary in her presence, something that he had never come across. Even Sri Kirti, his master, paled before the presence of this woman. Something so fresh and something from the very source…

Sahara watched carefully: The arrow ready, the woman closing one eye and opening the other, assumed the posture of aiming at an invisible target. Saraha came still closer. Now, there was no target; she was simply posing. She had closed one eye, her other eye was open, and she was aiming at some unknown target – invisible, it was not there. Saraha started feeling some message. This posture was symbolic, he felt, but still it was very dim and dark. He could feel something there, but he could not figure it out, what it was. So he asked the woman whether she was a professional arrowsmith, and the woman laughed loudly, a wild laugh, and said, “You stupid Brahmin! You have left the Vedas, but now you are worshipping Buddha’s sayings, Dhammapada. So what is the point? You have changed your books, you have changed your philosophy, but you remain all the time the same stupid man.”

Saraha was shocked. Nobody had talked to him that way; only an uncultured woman can talk that way. And the way she laughed was so uncivilized, so primitive – but still, something was very much alive. And he was feeling pulled. She was a great magnet and he was nothing but a piece of iron.

And then she said, “You think you are a Buddhist?” He must have been in the robe of the Buddhist monk, the yellow robe. And she laughed again. And she said, “Buddha’s meaning can only be known through actions, not through words and not through books. Is not enough enough for you? Are you not yet fed up with all this? Do not waste any more time in that futile search. Come and follow me!”

And something happened, something like a communion. He had never felt like that before. In that moment, the spiritual significance of what she was doing dawned upon Saraha. Neither looking to the left, nor looking to the right, he had seen her – just looking in the middle.

For the first time Saraha encountered a woman who was not just physically beautiful, who was spiritually beautiful. Naturally, he was surrendered. The surrendered happened. Absorbed totally, absorbed in whatsoever she was doing, he understood for the first time: this is what meditation is. Not that you sit for a special period and repeat a mantra, not that you go to the church or to the temple or to the mosque, but to be in life – to go on doing trivial things, but with such absorption that the profundity is revealed in every action. He understood what meditation is for the first time…

Realizing this, seeing into woman’s actions, and recognizing the truth, the woman called him ‘Saraha’. His name was Rahul; the woman called him Saraha. ‘Saraha’ is a beautiful word. It means ‘he who has shot the arrow’; sara means arrow, ‘ha(n)’ means ‘have shot’. ‘Saraha’ means ‘one who has shot the arrow’. The moment he recognized the significance of the woman’s actions, those symbolic gestures, the moment he could read and decode what the woman was trying to give, what the woman was trying to show, the woman was tremendously happy. She danced and called him ‘Saraha’, and said, “Now, from today, you will be called Saraha: you have shot the arrow. Understanding the significance of my actions, you have penetrated.” Rahul became Saraha.

A small dot stops a big sentence
but by the addition of a few more dots gives it continuity.
Similarly… in life,
every ending can be converted into a new beginning.
Life is a one-time offer, use it well.
💕