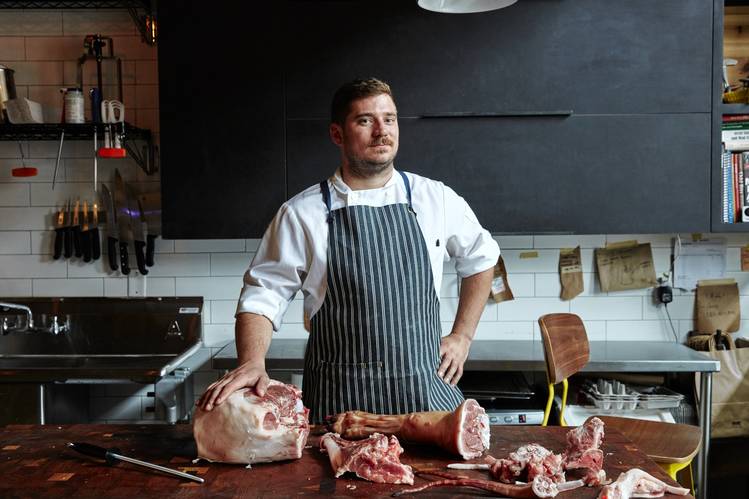 There is nothing profane in the world, nothing sacred in the world. The world is neutral. Now it depends on you what you want to make of it. Meditation makes it sacred; then every act becomes meditative.

I am reminded of a butcher in Japan who was considered to be a great master — and he was a butcher! The whole day he was cutting animals and selling meat; that was his business. One Buddhist scholar could not believe that this man was thought to be a saint. He was simply a scholar. He went to the butcher and said, “This is something absolutely mad. Who are the people who think that you are a saint? How can a butcher be a saint?”

The butcher laughed. He answered, “Just by mixing meditation in the butchery. When I am cutting up an animal I am not angry, I am not hateful. I am full of love, I am full of compassion. I have great hope that next time he will be born in a human form; perhaps he will become a buddha. With all my blessings I am sending him on a new journey, releasing him from this prison.

“And moreover, my father was a butcher, my forefathers were butchers, and I am a poor butcher. I have never told anybody that I am a saint. If people think so, that’s their business. You should go and argue with them.

“These animals are going to be killed. If I don’t kill them somebody else will kill them and he is not going to kill them with such meditation, with such love. So I would be leaving these poor animals in the hands of some butcher. I cannot do that. If I am going to be thrown into hell for being a butcher, that is acceptable. But I cannot leave these poor innocent animals in the hands of somebody who knows nothing of love.”

Can you see the point of this butcher? It is very subtle. He is ready to suffer in hell if that is going to be the consequence of his actions. But he cannot leave these poor animals in the hands of somebody who will simply kill them and not even bother about what he is doing.

He said, “I am so concerned with these animals and I love them so much — I cannot leave them in somebody else’s hands. Whatsoever happens to me, that I am ready to face.”

I can see why the people who could understand called him a master, a saint. He never gave a sermon, he never preached anything. He was illiterate, he knew nothing of the scriptures, but he lived religion in a very irreligious situation; that’s something tremendously important. He lived religion in something which is very irreligious. And yet he managed to live religiously. He must have been a great alchemist who transformed the whole act, gave it a new quality; something utterly profane and ugly became so beautiful, so graceful.

It is said that his fame spread far and wide and people started coming to see him while he was cutting up animals. Even the emperor of Japan came to see him while he was cutting because he had heard that the way he cuts, nobody has ever cut — such grace, such love, tears flowing from his eyes. And the miracle was that although human beings were not able to understand, perhaps the animals were able to understand.

Ordinarily when you want to kill an animal he tries to escape, but from this butcher no animal tried to escape. He hugged the animal. The animal was not bound by anything, tied with anything. He was completely free. It was as if deep down he wanted to die by this man’s hand.

And the emperor asked one thing, about the knife that he used to kill the animals. The knife looked so shiny, as if it had just been sharpened. The emperor asked, “Do you sharpen your knife every day?”

He said, “No, this is the knife my father used, and his father used, and it has never been sharpened. But we know exactly the points where it has to cut the animal so there is a minimum of pain possible — through the joints where two bones meet. The knife has to go through the joint, and those two bones that meet there go on sharpening the knife. And that is the point where the animal is going to feel the minimum pain.

The story has created question in us. Which of our work we are doing meditatively?

In our routine work or our worldly life how we can act meditatively? Ask yourself. Are you willing to take this challenge?

First step is what is learning possible from the story?

Why we missed this approach? As we know ourselves only through our past. We have never known ourselves in present moment.

Learning from the story is Meditative Approach Towards Life.

Life is a story we weave together from the thoughts, feelings, and emotions we experience each moment. Yet we live the majority of our life in the memories of our past and the expectations of the future. Rarely do we live in the purity of the present. These past memories and future expectations that we embrace throughout the course of our lives are what breed the stresses we feel in each day.

Fortunately, there is a timeless way to recapture this connection to our true self: the practice of meditation, which allows us to experience our own source. With this experience, we realize that we are not the patterns and eddies of desire and memory that flow and swirl in our consciousness. Although these patterns of desire and memory are the field of our manifestation, we are in fact not these swirling fluctuations of thought. We are the thinker behind the thought, the observer behind the observation, the flow of attention, the flow of awareness, the unbounded ocean of consciousness. We spontaneously realize that we have choices, and that we can exercise these choices, not through some sheer will power but spontaneously. Through meditation, we gradually bring harmony, laughter, and love back into our soul and, in the process, rediscover our unconditioned self, which can never really be lost.