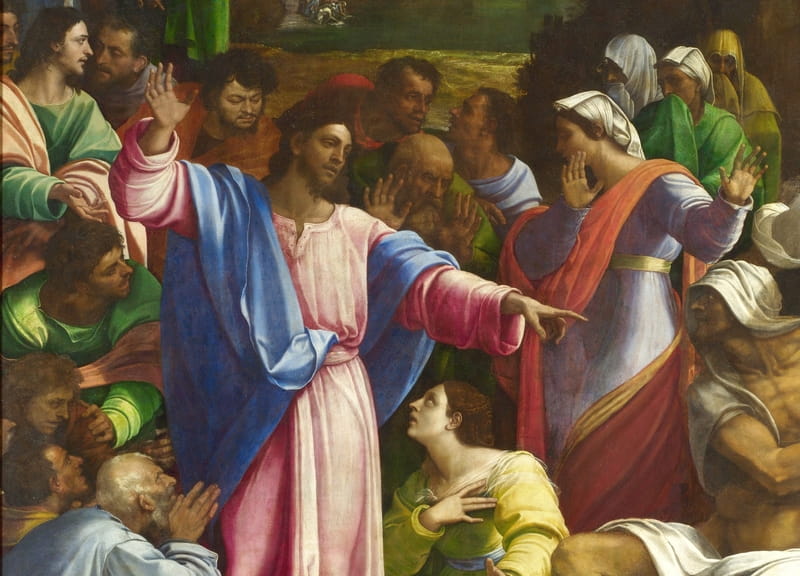 Our mothers are racked with the pains of our physical birth; we ourselves suffer the longer pains of our spiritual growth. – Mary Antin

YOU HAVE heard the story of Lazarus — that is a story of man as such. It is said Lazarus died. Jesus loved him very much. His sisters informed Jesus; by the time the news reached him, Lazarus had been dead for four days. Jesus came running. Everybody was crying and weeping, and he said, “Don’t weep, don’t cry! Let me call him back to life!”

Nobody could believe him. Lazarus is dead! And the sisters of Lazarus said, “He is now stinking — he cannot come back. His body is deteriorating.”

But Jesus went to the grave where the body was preserved for him to come. The stone was pulled aside. In the dark cave Jesus called out, “Lazarus, come out! ” And it is said he came out.

It may not have happened that way; it may be just a parable — but it is a beautiful parable about man. When I look into your eyes, that’s all I can say: “Lazarus, come out!” You are dead and stinking. You are not yet alive. You are born, but you need to be reborn. Your first birth has not been of much help. It has brought you to a certain extent, but that is not enough. You have to go a little further. The birth that has already happened to you is only physical — you need a spiritual birth.

It is said: One professor of Jerusalem university went to see Jesus. Of course, he went in the night. His name was Nicodemus; he was a very rich, respectable man, a great scholar, well known in the Jewish world. He was afraid to go to Jesus in the daylight, because what will people think? He was known to be a great, learned man, wise — what will they think? that he has gone to this carpenter’s son to ask something? He was older than Jesus — could almost have been Jesus’ father. No, it was not possible for him to go in the daylight. Cunning and clever, he went in the night when there was nobody else. And Jesus asked him, “Why didn’t you come in the day?”

Jesus must have laughed. He said, “Nicodemus, for what have you come? What do you want of me?”

Jesus said, “You will have to be reborn.”

The symbolic language of the crucifixion is the death of the old paradigm; resurrection is a leap into a ourselves. – Dhwani Shah