An ounce of prevention is worth a pound of cure 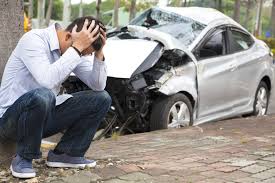 He who fails to prepare prepares to fail.

An ounce of prevention is worth a pound of cure

Here it does not necessarily mean that the benefits are measured in terms of money. It is only mentioned in the context of quantifying the benefits. We have to predict what will happen so that we can be prepared to face what is predicted. This way we can minimize the predicted loses or avoid those losses.

Arun knew that his car was due for some repairs since he was very happy with its performance of late. He discovered certain grinding noises and knew they were indications of some major trouble. But Arun kept postponing the trip to the service station citing lack of time. Mohan, the mechanic, actually worried for Arun because he knew it was only a minor job if looked into immediately. Mohan also warned Arun that it could land him up in trouble if left unattended. In spite of all these warnings, Arun did nothing to rectify those minor repairs and went on with his works.

And that is exactly what happened one evening when Arun was coming back home after picking up his children from school. He was driving his car with his children inside the car playing among themselves. Arun also enjoyed the joyful tendency of his children. As he was driving along the road, an even happened suddenly.

There was a snapping sound and the brakes of the car failed suddenly. The car came to a stop after crashing against a tree. The car was damaged extensively. The children were hurt and had to be taken to the doctor. Arun realized that a major calamity had been averted and that it was his good luck that something worse had not happened. If Arun had attended to the problem in the car he could have avoided the alarming situation he faced now. It would have also saved him the tension and trouble caused by the loss of money, property (damage to the car) and health.

Prevention is better than cure.